Speaker Ryan Skewers Dems' Gun Control Sit-in: 'They're Trying to Get on TV' 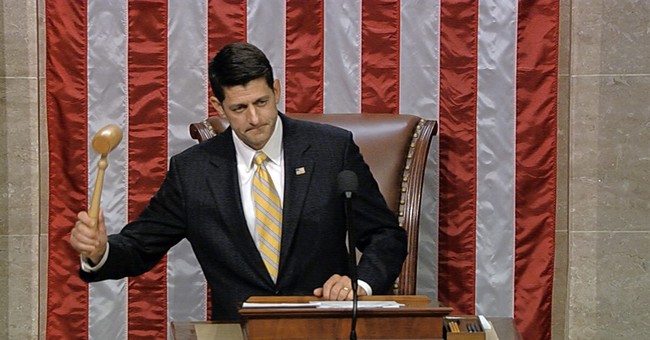 The gun control amendment the Democrats are trying to push for a vote was rejected on a bipartisan basis, he reminded his colleagues. If Democrats want a vote on a bill on the floor, "they can go through regular order" and get enough votes for a petition. “That’s how the House works.”

“Instead, they’re trying to get on TV,” the speaker continued.

Not only that, but some liberal lawmakers are sending out fundraising emails.

“If this is not a political stunt, then why are they trying to raise money off this?” he asked.

“They know this isn’t going anywhere,” he concluded. “Terrorism is the issue, and defeating terrorism is our focus here in the House.”