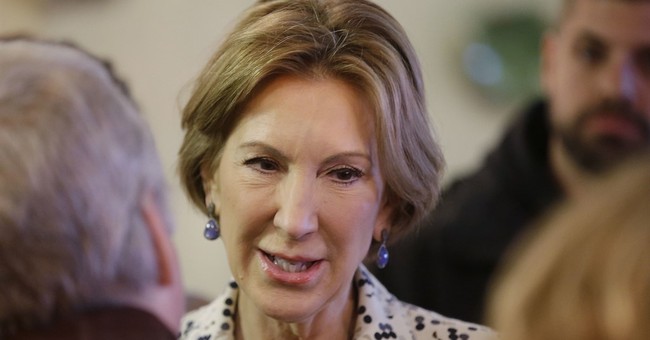 Washington, D.C. - Carly Fiorina had a message for Hillary Clinton at this year’s Road to Majority conference on Friday now that she is the presumptive Democratic nominee.

"Hillary Clinton, newsflash: I'm a feminist - and I'm not voting for you."

Fiorina shared how she has been attacked as an “enemy” to women simply for being pro-life. That liberal logic was put on full display when Hillary Clinton surrogate Madeline Albright said there’s a “special place in hell” for women who don’t vote for her.

In other words, fall in line with the Democrats or be shunned.

Fiorina rejected that notion on Friday, noting that the beauty of feminism is that women have the right to believe in whatever principles they want.

Fiorina spoke right before Donald Trump, causing the founder and chairman of the Faith and Freedom Coalition, Ralph Reed, to quip about their “creative scheduling.”