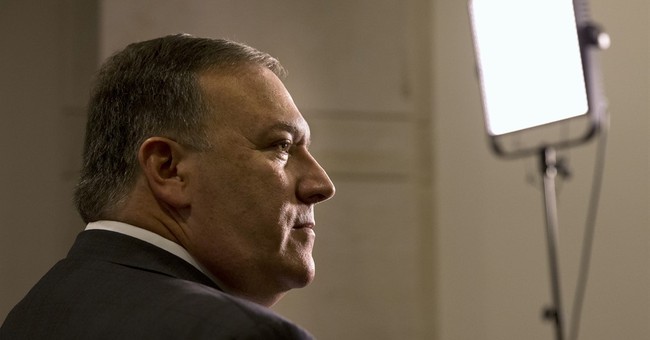 In a surprise to no one watching Iran's moves and countermoves, the government has rejected a request from U.S. Reps. Mike Pompeo (R., Kan.), Lee Zeldin (R., N.Y.), and Frank LoBiondo (R., N.J.) to inspect their nuclear facilities in an effort to ensure they are in compliance with the White House’s nuclear deal.

In its blunt, dismissive letter to the congressmen, obtained by the Washington Free Beacon, Iran said no U.S. citizen or official has the right to inspect their nuclear sites.

“No [deal] participant, including the United States, and certainly no citizen or official of these countries, can arrogate any such right to monitor the implementation of [Joint Comprehensive Plan of Action] to itself, nor are they authorized by the JCPOA or other provisions of international law to encroach upon Iranian sovereignty by claiming such monitoring authority,” Iran maintained.

“In sum,” the letter continues, “we consider your visa request to have been a publicity stunt and not an appropriate request to visit a sovereign country; and it has, and will continue to be, treated in that spirit.”

This letter proves Iran has no interest in diplomacy. Unfortunately, our White House knew that as it was drafting the nuclear deal. Deputy National Security Adviser Ben Rhodes revealed as much to The New York Times. The government knowingly misled the American people to generate support for the agreement, he said.

Since signing the dotted line, Iran has given us little indication its willing to cooperate. For instance, they have captured and bullied a group of American sailors, it launched missile tests which Congress argued violated the nuclear deal, and just this week the Iranian Supreme Leader called the U.S., Britain and Israel its “main enemies.”

Thanks to Iran’s belligerent behavior, Congress has every right to examine the nation's nuclear facilities.

A letter from Iran isn’t going to convince these congressmen to quietly rescind their request. Rep. Pompeo has already indicated he is determined to do what it takes to obtain a visa to the “rogue and hostile nation.”