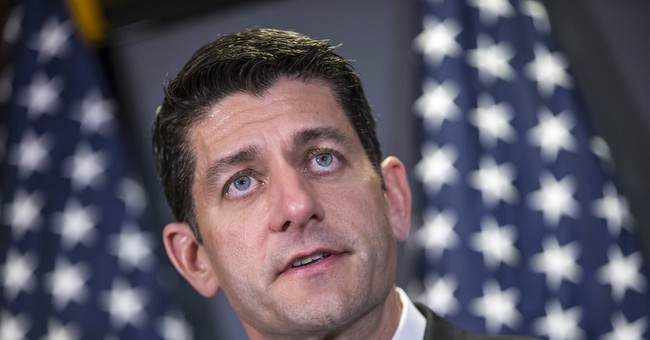 During a meeting with Republicans on Capitol Hill Wednesday, House Speaker Paul Ryan ensured his colleagues that despite denouncing Donald Trump’s comments against Judge Gonzalo Curiel as “racist,” he is still standing behind the presumptive GOP nominee.

Ryan responded so bluntly to Trump’s controversial remarks at Tuesday’s poverty event in order to put it to the issue to rest and move forward with the party’s agenda, according to Rep. Bill Flores (R-TX), who was in attendance at Wednesday’s meeting.

On Tuesday, Ryan also argued that Republicans would have a better shot at pushing through their policies under a Trump administration rather than a Hillary Clinton administration.

Ryan “was consistent” at the private Wednesday meeting, said one GOP lawmaker who backs Trump. “He said Trump represents the best chance at passing our agenda.”

Flores said he couldn’t quite support Trump yet, but may change his mind if the presidential candidate limits his controversial rhetoric and focuses on important policy issues.

The Senate is not quite so flexible. A few senators have already un-endorsed Trump and may even be willing to change convention rules in order to prevent him from being their nominee.