Pelosi Says All-Female Ticket Would Be 'Fabulous,' DSCC Chair Not So Much 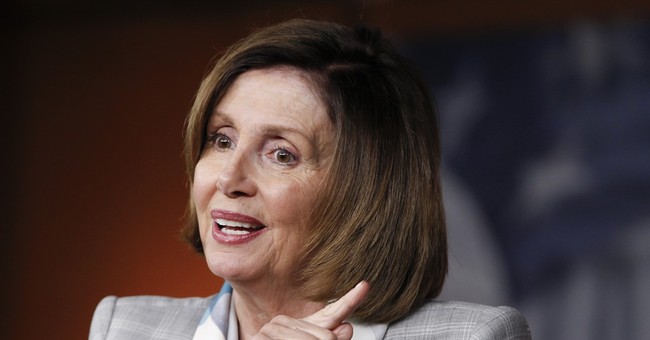 House Minority Leader Nancy Pelosi (D-CA) bravely endorsed Hillary Clinton in the 2016 Election - that is, hours after the candidate already clinched the Democratic nomination and hours before the California primary. Pelosi also commended Bernie Sanders for a hard fought campaign, yet indicated it’s time for him to step aside.

“I congratulate and thank Senator Bernie Sanders for the great invigoration he is bringing to the presidential primary, and welcome the political and intellectual participation of his supporters to advance our shared fight for progress for the American people,” Mrs. Pelosi said in the statement.

Yet, a poll from April revealed that a quarter of Sanders supporters will refuse to vote for Clinton come November if she is the Democratic choice.

The bad blood between the two campaigns was exposed yet again this weekend when Bill Clinton told pro-Sanders hecklers they will be “toast” come Election Day.

Nevertheless, Pelosi is looking forward and weighing in on Clinton’s potential running mates. What about Sen. Elizabeth Warren? the GMA hosts wondered.

“Two women, whoever they may be, that would be fabulous as well, but Hillary Clinton will choose the person that she feels most comfortable with,” Mrs. Pelosi said on ABC.

Her sentiment is apparently not shared by Democratic Senatorial Campaign Committee Chairman Jon Tester. When a reporter asked him to offer an opinion on a potential Clinton/Warren ticket, he wondered aloud whether the country was “ready” for it.

America Rising PAC has the audio.

“Is the country ready for two women? I don’t know,” he said.

Are feminist groups and the media going to condemn Tester’s remarks as sexist?

Probably, since that's their favorite mode of attack lately. They've already accused Sanders of sexism for daring to stay in the race.