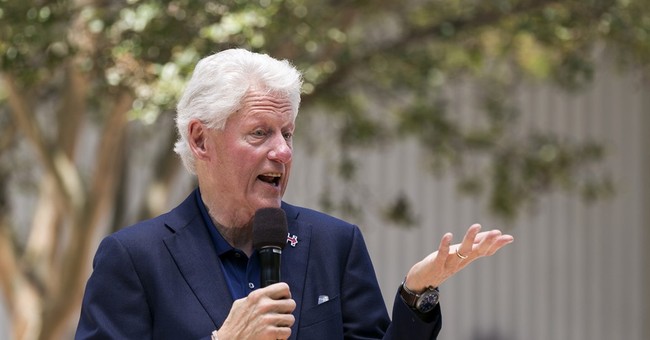 Bill Clinton echoed his wife's arrogant rhetoric toward Bernie Sanders and his legion of fans on Sunday during a campaign stop in East Los Angeles. When Sanders supporters started heckling the former president, he dismissed them by telling them they will be "toast" come Election Day. Fox News reporter Fin Gomez was in attendance and caught the exchange.

.@billclinton to @BernieSanders hecklers: "I'd be screaming too..bc they know they will be toast by election day." pic.twitter.com/odtaPYTUg1

What was all that talk about unity Hillary was going on about last week? She intends to reach out to the millennials who feel the Bern, she said. Of course, that was after she implied those voters were being brainwashed by Sanders' lofty proposals and when she confidently told CNN's Chris Cuomo there is "no way" she won't be the Democratic nominee.

The Clintons may be lashing out at the Vermont senator and his supporters because the polls in California are tighter than ever. With Hillary ahead by an average of only two points, it is Sanders' primary to steal. Clinton may snag all the delegates she needs on Tuesday, but how would a loss in the Golden State look for the presumptive Democratic nominee heading into November.

Not great - and the Clintons should realize they are going to need all the Sanders fans they can get.