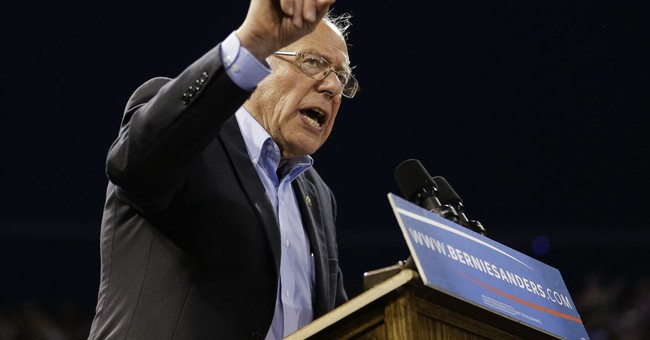 It seems the Democratic National Committee has finally acknowledged how unfairly it has treated Bernie Sanders in the 2016 race. Chairwoman Debbie Wasserman Schultz can argue all she wants about how "neutral" the committee had been, but the facts suggest they were Ready for Hillary all along. Sanders enjoyed more than one winning streak during the primary, yet the superdelegate count was heavily skewed in Clinton's favor. You can argue rules are rules, but what about the DNC's decision to schedule only half a dozen debates, effectively silencing Sanders' message and letting Clinton, who has the advantage of name recognition, coast to the convention?

As a way to appease the Vermont senator, the DNC is reportedly going to offer him seats on a key convention platform committee at the Democratic convention.

Yet, Sanders and his supporters will continue to push the challenge the party and insist it move more to the left on key issues, The Washington Post predicts.

Even with the committee assignments, Sanders plans an aggressive effort to extract platform concessions on key policies that could prompt divisive battles at a moment when front-runner Hillary Clinton will be trying to unify the party. Among other issues, he plans to push for a $15 national minimum wage and argue that the party needs a more balanced position regarding Israel and Palestinians, according to a Sanders campaign aide who requested anonymity to speak candidly.

Can the DNC unite its party before crowning its nominee? Certainly, it will be hard to put the Nevada Democratic convention behind them. At that heated event last weekend, Sanders supporters booed speakers and reportedly threw chairs to protest the unfair nomination process.

Polls should also give the DNC reason to worry, for a sizable amount of Sanders supporters have no intention of voting for Clinton should she win the nomination. In West Virginia, 40 percent of Sanders voters even said they'd pick Trump over the former secretary of state.

Meanwhile, Donald Trump is trying to gain the full support of House Speaker Paul Ryan, but he at least already has the title of "presumptive Republican nominee."