Ryan: I 'Hope' Voters Trust Trump More Than Me 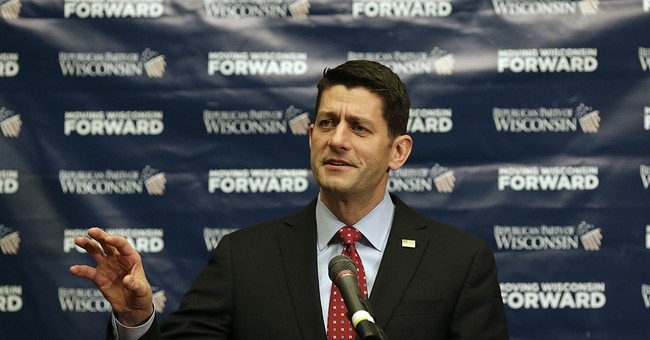 House Speaker Paul Ryan has been sending a lot of mixed messages regarding his feelings toward Donald Trump. Earlier this month on CNN, he indicated he wasn’t prepared to endorse the presumptive nominee. Then, after meeting with Trump on Capitol Hill last week, Ryan still wasn’t ready, yet indicated that he was encouraged by their conversation. The two disagree on some key policy issues, Ryan admitted, but the two are in full agreement that Republicans need to unite to defeat Hillary Clinton in November.

Their goal may be the same, but the tension between the presumptive GOP nominee and the speaker is hard to ignore. When Ryan said he couldn't yet endorse Trump, his campaign shot back by saying they weren't ready to support the speaker's agenda. Trump surrogates like Sarah Palin have also criticized the speaker, warning him that he may lose the gavel if he doesn't prove his conservative credentials.

At a press conference on Tuesday, reporters asked Ryan to weigh in on a new poll that showed voters trust Trump more than the speaker. He seemed pleased with the results.

“I hope it’s Donald Trump. He’s getting the nomination,” Ryan, the highest-ranking elected Republican in the country, told reporters at a news conference.

So, Ryan has admitted he’s not ready to fully back Trump, yet he wants the American public to trust him?

Hopefully, as we near the Republican convention, the relationship between these two leaders will become a bit clearer.