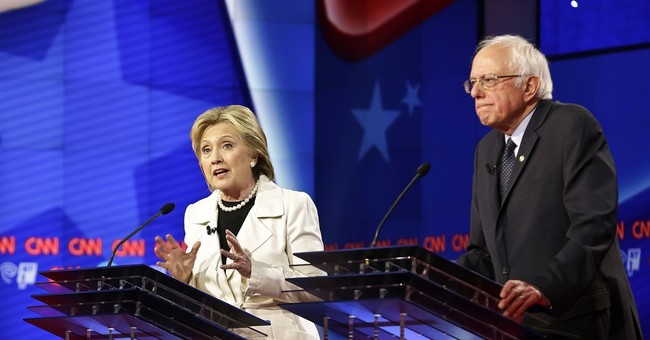 Thursday night’s screaming match on CNN left Hillary Clinton a bruised and vulnerable frontrunner ahead of Tuesday’s important New York primary. Last week, the Democrats were questioning each other’s qualifications. At the Brooklyn brawl, they questioned each other’s judgment. Bernie Sanders, who has won eight of the last nine contests, clearly now believing he has a shot at the nomination, used the CNN stage to hit Clinton harder than he ever has in the 2016 race. Meanwhile, as Donald Trump and John Kasich continue to pick up endorsements in the Empire State, Ted Cruz is turning out to be his own worst enemy thanks to his “New York values” comments in January.

Donald Trump: The New York Post endorsed Trump on Friday. He is ahead by an average of 31 points in the state primary. Yet, he is getting some more bad news coverage after former “Apprentice” contestants decided to denounce him in a press conference, claiming the former reality show host doesn’t have the “temperament” to be president.

Ted Cruz: In what may perhaps be a sign that he has still not escaped his “New York values” comments, Cruz did not get the best reception at a gala in New York City that all three GOP contenders attended Thursday night. As the senator laid out his plan for the presidency, attendees instead turned their attention to their plates and neighbors. Before that icy reception, Cruz pushed back at New York City Mayor Bill de Blasio in a radio ad for questioning his national security credentials. The senator reminded voters how De Blasio once compared cops to criminals. Then, the Cruz campaign released an ad called “Great” exposing Trump’s former support of the liberal mayor. When Cruz wasn’t pushing back at his critics, he found some time to goof off, joining a funny Jimmy Fallon sketch that included a phone call with “Trump.”

John Kasich: Kasich gained a surrogate in former New York City Mayor Rudy Giuliani on Friday. Earlier this week, the Ohio governor gave a speech in which he refused to enter his opponents’ war of words and continue to be a positive candidate. On the campaign trail, Kasich continues to remind supporters that he is the only candidate who beats Hillary Clinton in head-to-head polling.

Hillary Clinton: Clinton was extremely defensive during the final Democratic debate of the 2016 election. Both Sanders and the CNN moderators hammered her on her Wall Street speeches, her foreign policy record and her husband’s controversial crime bill. Her countless scandals may account for why her favorability ratings have plummeted since the fall. She has, however, received the most votes of any candidate in the race thus far.

Bernie Sanders: Most people would agree the democratic socialist has the momentum in the Democratic primary. Not only is his rhetoric becoming more combative, but his rallies seem to be getting bigger by the day. His event in Manhattan Wednesday night, for instance, brought out 27,000 cheering fans. The Vermont senator took a brief detour from the campaign trail to speak at the Vatican on Friday, where he addressed income inequality and climate change.

Highlights from Thursday's Democratic debate can be seen here.

No primaries scheduled this week, but all eyes will be on New York next Tuesday.