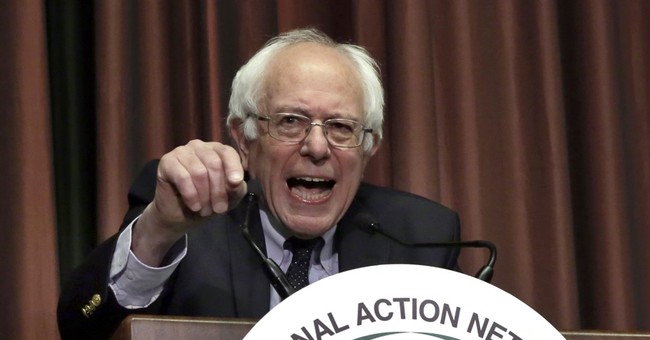 Sen. Bernie Sanders (I-VT) is scheduled to speak at the Vatican at a conference today, but he probably won't be meeting with Pope Francis. The Pontiff is reportedly not meeting with anyone who is attending the conference, and will be going to Greece to visit a migrant camp on Friday.

As recently as Wednesday, Mr. Sanders said he was hoping to see Pope Francis. Though the possibility of that meeting was always a stretch, the Vatican seemingly put the matter to bed on Thursday.

“There won’t be a meeting with the Holy Father,” a Vatican spokesman, the Rev. Federico Lombardi, said. The pope, who is leaving for Greece on Friday some time after Mr. Sanders’s arrival, would not be meeting with any participants of the conference, Father Lombardi said.

But that was not the final word for Monsignor Sánchez Sorondo, who has a reputation among some in the Vatican for attracting attention to his conferences with star-studded names. (Last year the academy screened a movie directed by Angelina Jolie, who did receive an audience with the pope.) He dismissed the Vatican statement on a potential papal audience as “all the Roman gossip” and suggested Mr. Sanders could bump into the pope at the Vatican dormitory where he keeps his apartments.

According to the Pontifical Academy of Social Sciences' president, it was Sanders who asked for the invite, not the other way around. The academy also chided the Sanders campaign for making the invite seem far more important than it actually is.

The Church has long-endorsed a capitalist system, albeit one with morality. In 2008, there was a list of "social sins" released by the Vatican, which included, among other things, genetic manipulation and excessive wealth. Until 1983, belonging to a communist political organization resulted in an immediate excommunication from the Church, and Pope John Paul II's visit to Poland in 1979 is credited with helping to jump-start the country's shift away from communism.