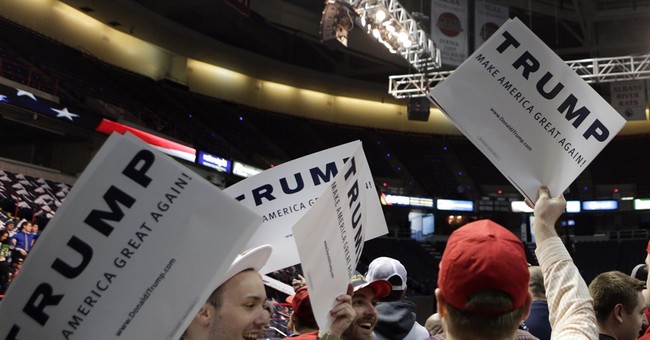 The candidates have all arrived in New York a week ahead of the April 19 primary, each knowing how important an Empire State win is in the 2016 race. Yet, Donald Trump and Ted Cruz are still sparring over what occurred last weekend at the Colorado GOP convention, where party officials shut voters out of the process. Meanwhile, Bernie Sanders has been creating buzz in Buffalo, while John Kasich is laying out his path for the presidency in Midtown Manhattan. Hillary Clinton has been touring New York, responding to Sanders' direct attacks, while her husband seems to be hurting more than helping her campaign.

Donald Trump: Trump has officially won the Missouri primary, a month after the state voted, picking up another 12 delegates. Better late than never. The businessman, however, has been very vocal about what he views as a “totally unfair” primary process in Colorado, where people did not have the opportunity to vote. The seemingly undemocratic rule left Trump without any delegates at the Colorado GOP convention and his campaign is arguing that millions of voters are threatening to leave the Republican Party. He shared a video of one especially ticked Colorado Trump supporter burning his voter registration. He has nothing bad to say about the New York process, however, where polls show he is way in front with 54 percent of the vote.

Ted Cruz: Cruz is considered a long shot in California, but on Tuesday his campaign sent out a list of 50 Republican officials in the Golden State who announced they are supporting him in the primary. During a campaign stop in San Diego on Monday, the Texas senator insulted Trump for “whining” about the results in Colorado. Sen. Cory Gardner (R-CO) defended the results on Monday, tweeting a simple message: “I've attended CO GOP conventions for years. It requires organization & attn to grassroots to win. Cruz had it. Trump didn't. End of story."

Cruz is expected to tour Buffalo on Thursday.

John Kasich: Kasich delivered a speech Tuesday at the Women’s National Republican Club in Manhattan, where he offered “Two Paths” for the presidency. He touted his own record in Ohio, while suggesting his competitors are “not worthy” of the presidency because of their controversial rhetoric and behavior. Kasich's team hinted that former California Gov. Arnold Schwarzenegger, who has endorsed him, will soon be joining him on the campaign trail.

Hillary Clinton participated in the 11th annual Glassdoor conference on Tuesday to recognize Equal Pay Day, where she praised the U.S. women's soccer team for suing the United State Soccer Federation for equal pay. Her connection with the African-American community may face a setback after her husband’s clash with Black Lives Matter protesters in Philadelphia. She is still ahead in the black vote and the demographic expects her to deliver on her promises in their community. Clinton has been hitting Sanders for his gun-voting record, which she says proves he is not committed to gun control. Tuesday on CNN, her press secretary Brian Fallon accused Sanders of rigging the super delegate system by trying to steal Clinton supporters. She has so far retained a double-digit lead in New York.

Bernie Sanders spoke to thousands of supporters at the University at Buffalo on Monday. The electric event had so many RSVPs that about 3,000 people didn’t even it make it inside the venue. During the speech, Sanders took a few digs at Clinton’s big money donations and seemed confident in a New York primary win next Tuesday if there is a large turnout. In Albany, Sanders challenged Clinton to release her tax returns and Wall Street speeches. He would do the same, he said, but his returns won't make headlines and his transcripts don’t exist.

No primaries scheduled this week