Hillary Pushes Back on Sanders' Inaccuracies, Says Israel Has 'Right to Defend Itself' 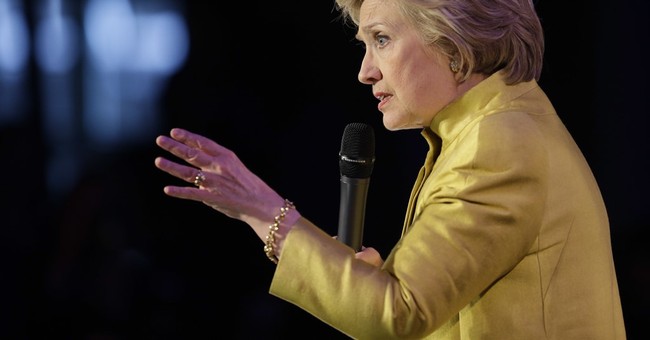 Bernie Sanders has admitted that he didn’t prepare for his New York Daily News interview last week. In one of many cringe-worthy exchanges with the editors, Sanders suggested that Israel had murdered over 10,000 innocent people in Gaza. His far-fetched statistics were quickly debunked by the press, who pointed out the number was closer to 1,500.

Not entirely willing to humble himself over his obviously inflated numbers, Sanders told CNN’s Jake Tapper Sunday that Israel’s violent response to the 2014 Gaza War was “disproportionate.” He acknowledged Israel's right to live without fear, yet insisted the nation recognize the needs of Palestinians.

"Israel has a 100% -- and no one will fight for that principle more strongly than I will -- has the right to live in freedom, independently and in security without having to be subjected to terrorist attacks," he said. "But I think that we will not succeed to ever bring peace into that region unless we also treat the Palestinians with dignity and respect, and that is my view."

One person especially offended by Sanders’ inaccuracies was Israeli ambassador to the U.S. Michael Oren, who demanded an apology from the Democratic presidential candidate.

Perhaps surprisingly, Hillary Clinton is jumping on Sanders’ misguided comments to try to emerge as Israel’s biggest defender in the Democratic race.

“Hamas provokes Israel. They often pretend to have people in civilian garb acting as though they are civilians who are Hamas fighters,” Clinton told CNN’s “State of the Union” talk show on Sunday, according to Politico.

“When your soldiers are under attack, you have to respond,” Clinton said.

Clinton's pro-Israel remarks come a few weeks after her appearance at the American Israel Public Affairs Committee in Washington, D.C. During that speech, she staunchly defended Israel's right to exist and insisted we not ignore her enemies like Iran. Salon even said she "sounded like" Israel's most vocal champion, Prime Minister Benjamin Netanyahu.

Following her speech, however, the Republican National Committee released a report that exposed her anti-Israel record. She once, for instance, bragged about being Israel's "designated yeller."

In this context, can either of the Democrats convince voters that as president they will be Israel's friend?