Sanders Campaign Accuses Hillary of Making 'Deal With the Devil' 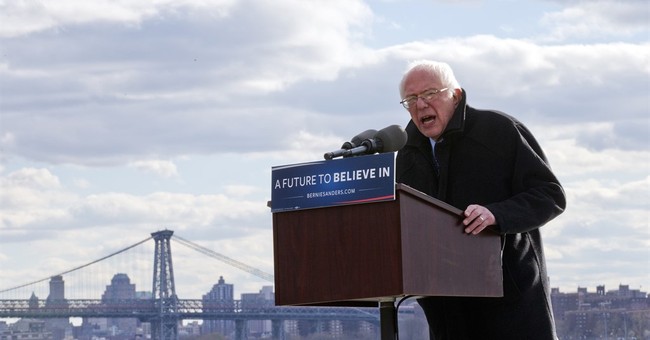 Civility has officially exited the Democratic presidential primary. While Hillary Clinton and Bernie Sanders were bickering this week over who was qualified (or inadequately qualified) to be president, Sanders' campaign manager Jeff Weaver was accusing Clinton of making devilish deals with Wall Street.

"I think if you look at her record and you look at her campaign, her campaign is funded by millions and millions of dollars from wall street and other special interests," Weaver told CNN's Carol Costello. "She really made a deal with the devil, and we know the devil wants his money in the end. So that's the kind of campaign he's running.

Painting Clinton as a Wall Street bundler has been an effective line of attack for Sanders. She may claim to be committed to fighting for everyday Americans' needs, but Clinton can't hide from her big money donations. Those ties, along with her email scandal, account for her awful numbers among youth voters and those who care about honesty.

If Sanders wins Saturday's Wyoming primary, it will be his eighth straight victory against the secretary of state who was at one distant time the inevitable Democratic nominee.