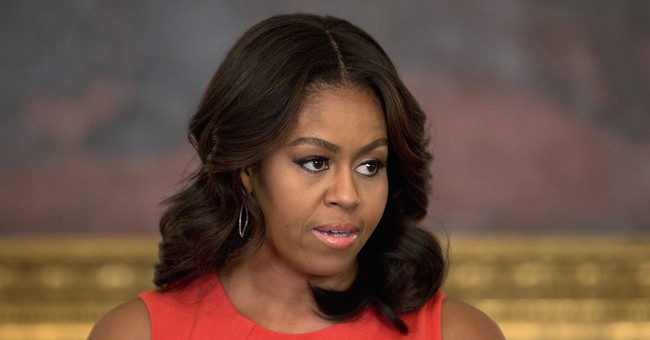 At schools within the City University of New York system, a group called Students for Justice of Palestine has been intimidating Jewish students with anti-Semitism. At Brooklyn College, for instance, group members demanded that “Zionists” leave campus and called one professor a “Zionist pig.”

At other CUNY campuses, SJP has intimidated Jewish students by calling them “murderers,” “Nazis,” and even defaced college desks with swastikas.

The Zionist Organization of America wrote a lengthy letter to CUNY administrators demanding they investigate these incidents and ban SJP from all of its campuses. The leadership, ZOA President Morton Klein said, should not be tolerating bigotry.

The situation is so tense it even seems to be on its way to the Albany legislature.

First Lady Michelle Obama has apparently chosen to overlook all the hatred and controversy. The City College of New York, which is under the CUNY umbrella, announced Thursday that she will give the 170th commencement address.

Pundits like Richard Grenell question her decision and wonder whether she will address the controversy in her remarks. If she doesn’t, it will appear as though she is dismissing it as a non-issue.

Will @FLOTUS call out the anti-semitism or compliment the administration for it? Shocking pick. https://t.co/PL1YAMtRbK

To ignore these incidents would only give more proof to the claim that the Obama administration is not dedicated to standing with Israel. The president’s hostile relationship with Prime Minister Benjamin Netanyahu aside, this White House has done little to cement its friendship with our top Middle Eastern ally.

The least they can do is condemn hateful bigotry against Jews on college campuses. Shouldn’t these environments be “safe spaces?”