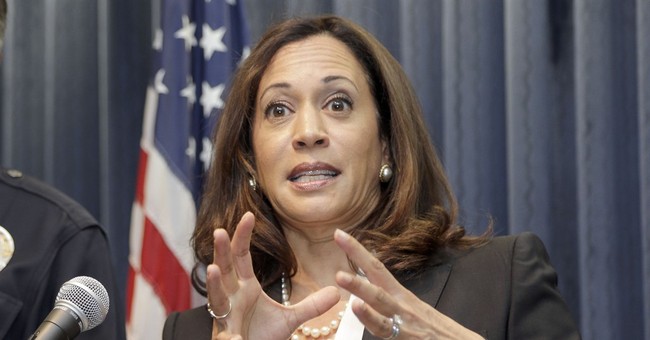 Pro-life groups are demanding California Attorney General Kamala Harris resign her post and end her bid for the Senate after her office stormed into the home of pro-life activist and journalist David Daleiden on Tuesday. They were searching for his undercover Planned Parenthood videos exposing the organization's inhumane treatment of unborn babies.

Harris, who became attorney general thanks in part to Planned Parenthood's support, has an all too apparent bias in favor of the pro-abortion organization. It's no wonder then that she wanted to conceal any evidence that proves it is a money hungry business that only feigns to support women's health. After Harris' search and seizure, pro-life groups want her out of the public square.

The Susan B. Anthony List was one of the first to demand Harris' letter of resignation.

“To use the heavy hand of her office for personal political gain in a Senate campaign is the epitome of conflict of interest and abuse of power," said SBA List President Marjorie Dannenfelser in a press release. "Ms. Harris should resign from her Attorney General post and end her bid for the U.S. Senate.  She has abused her government office and no longer deserves the public trust.”

Students for Life is demanded more of the same and Concerned Women for America's Penny Nance also denounced Harris' "abuse of power":

“Kamala Harris is engaged in the highest level of corruption and abuse of power," she said in a statement. "While she uses her KGB-like tactics to seize personal property of an innocent American citizen, she’s simultaneously running for U.S. Senate and using her campaign web site to promote and defend Planned Parenthood and its atrocious practice of harvesting, trafficking and selling baby parts."

Unfortunately for her, even if she does escape accountability, many Americans have already seen the disturbing Planned Parenthood footage and Congress is more motivated than ever to halt taxpayer funding to the organization.