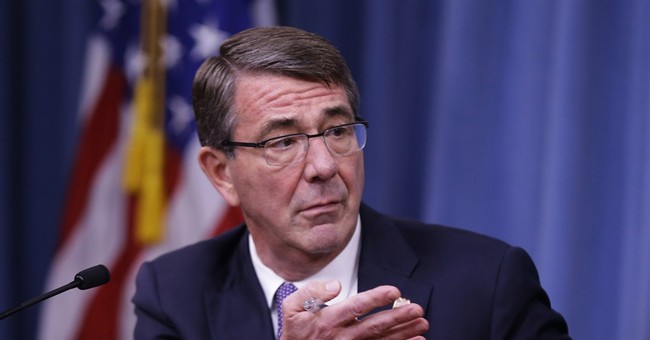 Last week, the Obama administration finally released its strategy to defeat ISIS. Members of Congress, however, were not impressed, considering it arrived a month late. On Thursday, Congressman Bradley Byrne (R-AL), a member of the House Armed Services Committee, said the White House’s release is "insulting."

“The Obama Administration’s ‘plan’ for defeating ISIS is over a month late and lacks a cohesive strategy. I continue to be deeply concerned the Administration failed to follow the law and submit the report on time. The late delivery is especially insulting when you consider how little information is contained in the seven page document. Either the Administration didn’t take this request from Congress seriously or they actually lack a real strategy for combating Islamic extremism and defeating ISIS. Sadly, I fear both of those are true.”

Last year’s National Defense Authorization Act (NDAA) demanded the White House release a coherent strategy to defeat the terror group by February 15. They were on their own timeline, however, and did not submit a plan until March 24. On March 22, Defense Secretary Ashton Carter testified before the House Armed Services Committee. At that hearing, Byrne asked Carter and his agency to respond to whether they believed they were in “violation of the law” for not honoring the deadline. Byrne thinks it’s no coincidence the agency complied two days later.

In their ISIS report, the administration indicates that it plans to combat violent extremism with its 60-plus member global coalition, increase airstrikes on key terror targets, end ISIL’s strongholds in Iraq in Syria and equip and train Iraqi forces to help stabilize the region – objectives we have heard time and again during White House press briefings.

These efforts, the administration insists, will demoralize ISIS forces.

“When we attack ISIL on levels beyond merely the geographic, we stress its resources, strain its ability to command its forces, weaken its capacity for effective offensive or defensive operations, challenge its narrative, and eliminate its capability to control a population. These efforts will break ISIL’s image as a functioning state as well as the myth of its overwhelming battlefield prowess, thereby reducing its attractiveness to potential recruits.”

Yet, we know that the Obama administration has dangerously underestimated the terror army’s capabilities in the past. In November, just hours after the president declared ISIS had been "contained," terrorists launched a horrific attack in Paris.

The White House's new report inspires little confidence we have a plan to stop the carnage.