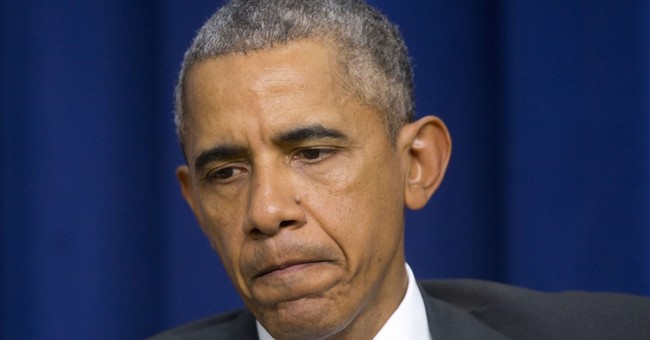 Nine hours before the horrific terror attack in Paris Friday, which left more than 150 people dead, President Obama claimed during an interview with ABC's Good Morning America ISIS had been "contained" and that the terror army hasn't gained strength.

"I don't think they're gaining strength," Obama said of ISIS. "What is true, from the start our goal has been first to contain and we have contained them. They have not gained ground in Iraq and in Syria they'll come in, they'll leave. But you don't see this systemic march by ISIL across the terrain."

"What we have not yet been able to do is to completely decapitate their command and control structures. We've made some progress in trying to reduce the flow of foreign fighters and part of our goal has to be to recruit more effective Sunni partners in Iraq to really go on offense rather than simply engage in defense," the president said.

According to French officials, a captured terrorist said he was Syrian and sent by ISIS to carry out the attack.

Editor's note: The first sentence of this post has been updated from "eight" to "nine."