2016 RACE ROUNDUP: Are We Headed to a Contested Convention? 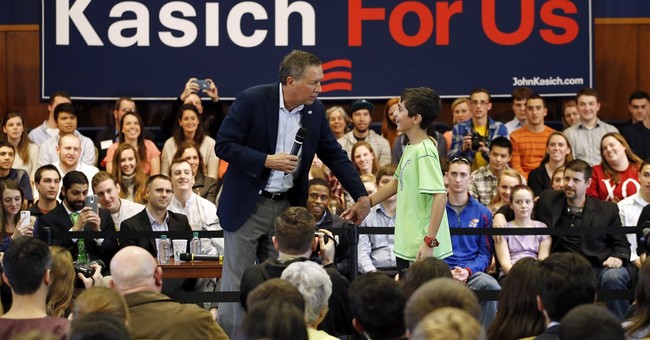 Ask any pundit lately and they seem convinced the 2016 GOP race is going to a contested convention. Even House Speaker Paul Ryan acknowledges the increasing likelihood that none of the three remaining candidates will amass the needed delegates to avoid the extended nomination process.

Donald Trump: A new grassroots movement, led by former RedState editor-in-chief Erick Erickson, was launched this week as a means to stop Trump in his tracks. Former House Speaker Newt Gingrich slammed Erickson’s effort, claiming it would do nothing but secure Hillary Clinton the White House. Meanwhile, Trump is still 15 points ahead in a recent Rasmussen Reports national poll. He’s also making good on his claim to popularity in the blue state of New York. New polls show him with 65 percent support in the Empire State. Some polls the business mogul won’t like, though, are the ones showing him losing badly to Hillary Clinton among key demographics, including in New York.

Ted Cruz: Cruz gained what most would consider a surprising endorsement on Thursday. Sen. Lindsey Graham (R-SC), who had supported Jeb Bush before he dropped out of the race, announced he is now in Cruz’s camp. Carly Fiorina penned an op-ed Friday arguing that the Texas senator is the only person who can stop Trump and Clinton. Meanwhile, former presidential candidate Sen. Marco Rubio (R-FL) called Cruz the “only true conservative” left in the race. The Cruz campaign launched two new TV ads in Utah and Arizona this week ahead of Tuesday’s primaries. An ad called “Lee,” featuring Cruz surrogate Sen. Mike Lee (R-UT), is making the rounds in Utah, while a powerful spot called “Grant,” featuring a father whose son was killed by an illegal immigrant, launched in Arizona.

John Kasich: Members of “The Politico Caucus” argue that, should the GOP nomination result in a contested convention, Kasich would be the “most acceptable” candidate to the party delegates. Yet, his competitor Ted Cruz said he has no path to the nomination and is telling voters that a vote for Kasich in Utah is a “vote for Donald Trump.”

Sen. Bernie Sanders said it is “absurd” for anyone to think he’s going to drop out of the race. Reports indicate that President Obama, however, senses the end is near for the Vermont senator and is telling Democrats to start rallying behind Hillary Clinton. He may regret it, though, after reflecting on her gaffe-tastic week.