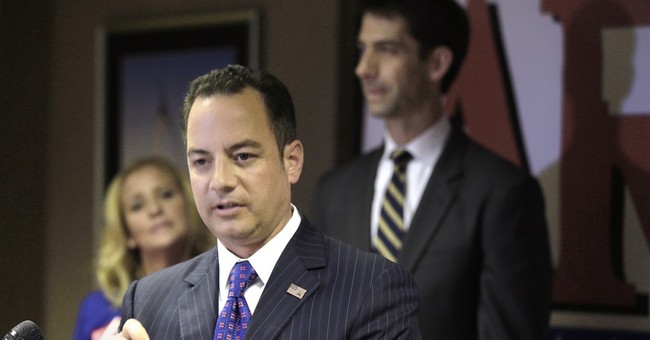 The government failed to answer the Republican National Committee’s request for Hillary Clinton’s State Department records last October and December, so they are sending Washington a friendly reminder. The RNC filed two lawsuits Wednesday under the Freedom of Information Act to obtain Clinton’s files during her tenure as secretary of state.

“The Obama Administration has failed to comply with records requests in a timely manner as required by law,” said Chairman Reince Priebus. “For too long the State Department has undermined the public and the media’s legitimate right to records under the Freedom of Information Act, and it’s time it complies with the law. If this administration claims to be the ‘most transparent in history,’ and Clinton the ‘most transparent person in public life,’ then they should prove it, release these records, and allow the American people to hold her accountable.”

The RNC wishes to acquire the electronic communications between Clinton and her State Department staff, as well as communication between the State Department and Clinton’s campaign. Their findings, the RNC noted, will be made public so voters can decide for themselves whether Clinton is “fit to serve” as president.

Clinton is currently under investigation by the FBI for handling classified material on a private server. Not only is she is at risk of indictment, but her poor honesty numbers among Democratic voters have cost her several primary elections ahead of the convention.

Yet, she is still way ahead in the delegate count, suggesting that the Democratic Party is determined to make her their candidate. The RNC is doing the work of the DNC by at least trying to make sure voters are as informed as they deserve to be in regards to Clinton’s history of threatening national security.