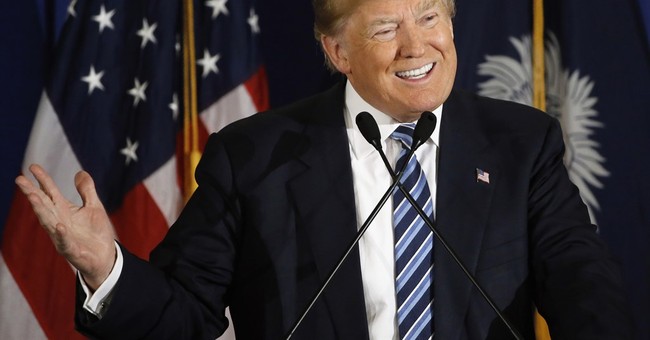 After Trump's early win in South Carolina Saturday night, with just 1 percent of the results in, media pundits were quick to remind us that no candidate has ever won both the New Hampshire and South Carolina primaries without becoming the eventual nominee.

No one has previously won NH and SC and failed to win Republican nomination. So Trump now the clear favourite, with maybe 60% chance

While political trends indicate Trump will be the Republican choice, 2016 has been a rather unpredictable race. Don't count the other guys out quite yet.