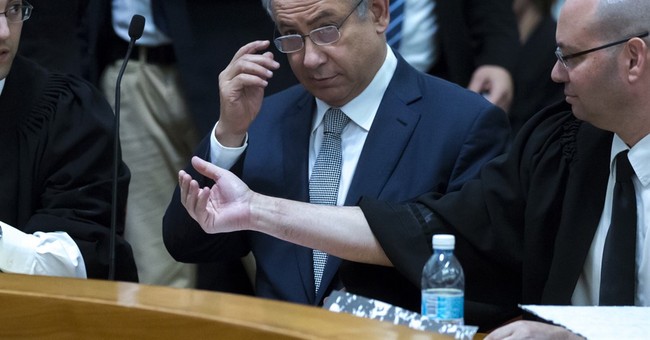 Israeli Prime Minister Benjamin Netanyahu is very suspicious of France’s intention to restart negotiations between the Israelis and Palestinians to try and settle a decades-long peace struggle. French Foreign Minister Laurent Fabius announced France’s intentions to launch a summer conference for the negotiations. Should they fail, the French government will recognize a Palestinian state.

"France will engage in the coming weeks in the preparation of an international conference bringing together the parties and their main partners, American, European, Arab, notably to preserve and make happen the two-state solution," he said.

Netanyahu is convinced that the French negotiations are already doomed to fail. He called the peace proposal “baffling”:

Netanyahu said this threat "ensures that the conference will fail, because if the Palestinians know their claim will be accepted in Europe...they will not do anything."

Netanyahu has a right to feel as though France is against him and his nation. After all, other world leaders have proven to be unwilling to defend Israel. UN Secretary General Ban Ki-Moon almost justified Palestinian terror attacks in Israel by condemning Israel’s occupation in the West Bank. That encroachment, he said, can explain why Palestinians are angrily lashing out. It is “human nature,” he declared.

President Obama has not offered much in the way of friendship either. The president essentially ignored Netanyahu’s repeated warnings about the Iran nuclear deal and when Netanyahu came to speak in front of Congress last year, Obama did not even give the prime minister the time of day.

Now, more than ever, America needs to show Israel we are on her side.