Netanyahu: The UN Has Lost Its Neutrality, Secretary General Gives 'Tailwind to Terrorism' 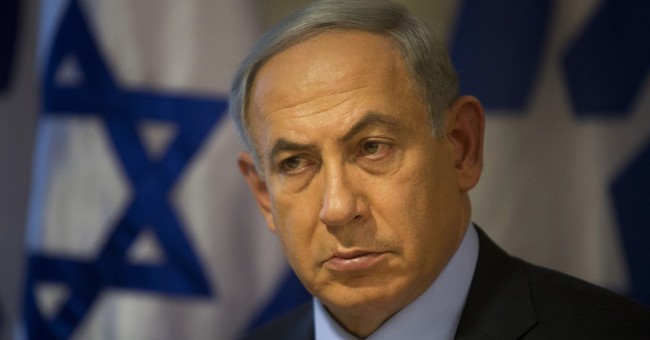 We all know Benjamin Netanyahu has no problem telling the United Nations what he thinks of their biased agenda. Sometimes, he doesn’t even need to say anything. This week, the Israeli prime minister once again shamed the UN for failing to be a neutral agency and offering excuses for the rampant Palestinian terrorism invading his country.

On Tuesday, UN Secretary General Ban Ki-Moon criticized Israel’s “settlement enterprise” in the West Bank. While he condemned the Palestinian attacks in Israel and the murder of Jewish citizens, he also seemed to offer justification for Palestinians’ knee-jerk reactions to Israel’s occupation.

"As oppressed peoples have demonstrated throughout the ages, it is human nature to react to occupation, which often serves as a potent incubator of hate and extremism," Ban said. "So-called facts on the ground in the occupied West Bank are steadily chipping away the viability of a Palestinian state and the ability of Palestinian people to live in dignity."

Netanyahu did not appreciate the secretary’s taking sides:

"The U.N. Secretary General's remarks give a tailwind to terrorism,” he said. “There is no justification for terrorism.”

In recent months, Palestinian terror attacks in Israel have been shocking in their savageness. Terrorists have set off firebombs, attacked soldiers with knives and even run civilians over with a car. More innocent lives could have been taken if it wasn’t for the fortitude of Israel's security forces.

The UN is supposed to maintain international peace and security and take effective measures to respond to any threats to these ends, according to the agency’s charter.

Netanyahu is right to hold the UN accountable for ignoring Israel's need - it clearly fits the description.