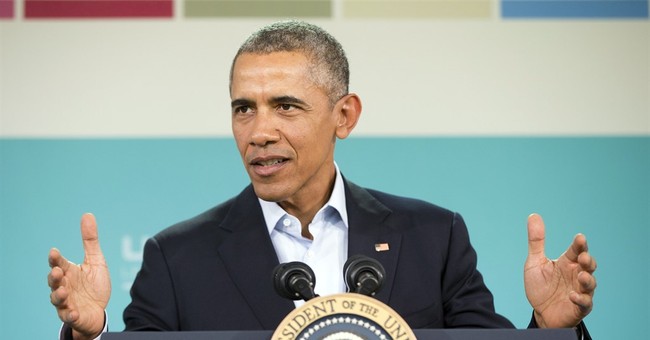 Presidential candidate Sen. Ted Cruz (R-TX) is calling out President Obama for being a hypocritical Nobel Peace Prize winner. Cruz introduced a bill to rename the plaza in front of the Chinese embassy in Washington, D.C. the “Liu Xiaobo Plaza” to honor the memory of pro-democracy dissident Dr. Liu Xiaobo. It passed unanimously in the Senate on Friday. Yet, the White House was clearly not impressed with Cruz’s efforts, likening his bill to a “legislative stunt.” There are other, more productive ways to improve human rights in China and around the world, an official argued.

Cruz pushed back in an emailed statement Wednesday morning, arguing that the Obama administration is demonstrating once again their “eagerness to coddle an authoritarian Communist regime.”

The most ironic part about Obama threatening to veto Cruz’s bill, the senator notes, is that, like the president, Xiaobo was also a Peace Prize winner back in 2010.

“Sadly, President Obama and his administration would rather stand with the communist Chinese than with Dr. Liu, whose only crime was to peacefully protest for basic political freedoms. What Obama and Clinton didn't understand in 2009 and they don't understand today is that the moral high ground enjoyed by the United States is an advantage when dealing with a country like China, not something to be voluntarily abandoned. How ironic it is that the 2009 Nobel Peace Prize laureate is threatening to veto a bill honoring the 2010 one. The PRC should be on notice that the obsequiousness of the U.S. administration will end in January, 2017.”

The Nobel Peace Prize coalition received an overwhelming amount of criticism for granting Obama the award in 2009. The panel itself eventually came to regret the decision, noting that they should have considered Obama's past accomplishments instead of hoping the title would boost his future efforts.

And now, according to a new memoir by the former director of Norway’s Nobel Institute, the committee believes it may have made a mistake.

“[We] thought it would strengthen Obama and it didn’t have this effect,” Geil Lundestad told the Associated Press in an interview..

By ignoring Cruz’s important piece of legislation that honors a man who fearlessly promoted freedom, Obama continues to prove that he didn’t deserve that Nobel Laureate title.