Moderators Have Still Not Asked Democrats One Question About Abortion 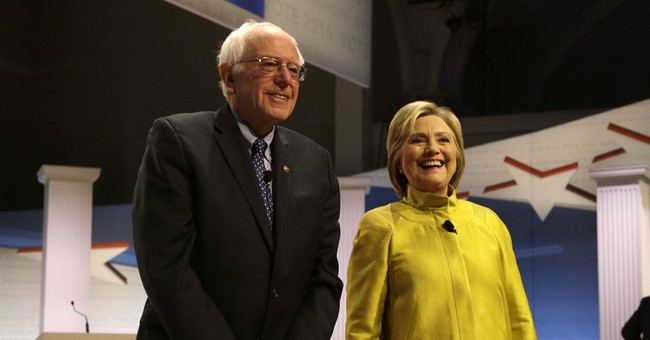 Sen. Marco Rubio’s best moment at the Feb. 6 Republican presidential debate in New Hampshire didn’t come in the form of an answer, but a question:

"Why doesn’t the media ask Hillary Clinton why she believes that all abortions should be legal, even on the due date of that unborn child," he said.

With that important inquiry, the Florida senator proved he is doing the work the media isn’t. He exposed an obvious bias: The debate moderators so far have asked the GOP candidates about their anti-abortion views, particularly in regards to defunding Planned Parenthood, yet have not posed one question about the issue to their Democratic counterparts.

Of course, the Democrats argue there’s nothing to see here.

On CBS’ “Face the Nation,” Clinton responded to Rubio by calling his comment “pathetic” and proceeded to give a non-answer about her record of advocating for “safe and legal” abortion.

If you think this is just a conservative, pro-life point of view, you’re mistaken. Even pro-abortion activists want to hear the candidates’ perspective on what they term “reproductive freedom.”

"Tell the moderators to ask a question about abortion access and reproductive freedom at the Democratic debate," the group urged supporters ahead of the Milwaukee event.

It’s not like the moderators didn’t have the opportunity. Clinton was happy to brag about her support of both Planned Parenthood and NARAL at Thursday’s CNN/PBS debate, yet neither Gwen Ifill nor Judy Woodruff followed up on her comments.

Here’s what I would ask if I were sitting in the moderator chair: So, even after that undercover video investigation exposed Planned Parenthood negotiating the sale of fetal body parts, do you still feel comfortable with their endorsement?

@obrienc2 #AskHillary Is there ANY time during pregnancy that abortion should not be allowed? #AskAboutAbortion #prolife

Clinton camp: 20-wk ban "not based on sound science." A baby at this age doesn't feel pain? #askaboutabortion pic.twitter.com/4CleiBBHFa