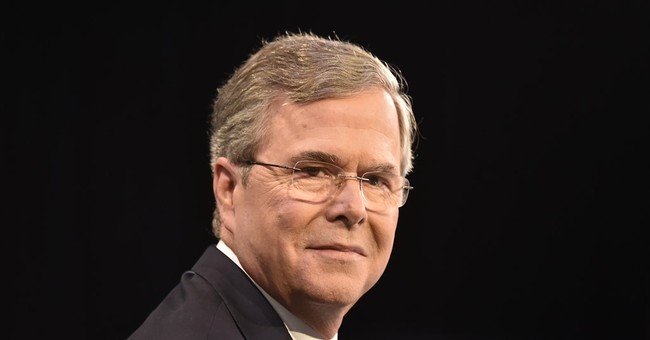 Don't count him out yet. A new poll from the Emerson College Polling Society shows that Jeb Bush has risen to second place in the New Hampshire primary.

The poll showed support for Trump at 35 percent of likely Republican voters, a 17-point lead over former Bush, who came second with 18 percent. The only other candidate with a double-digit showing was former Ohio Gov. John Kasich (R) Although this is Emerson’s first poll of New Hampshire voters in the 2016 cycle, Trump’s standing is consistent with virtually all other polling of the state.

It's difficult to pinpoint a reason for the former Florida governor's sudden surge, but perhaps some will argue his mom had something to do with it.

Bush is still in the middle of the pack nationally. He'll have to make a strong impression in Thursday's Fox News debate if he hopes to get a bump. Luckily for him, if Trump indeed doesn't show up thanks to his Megyn Kelly feud, Bush can rest assured he won't be bullied or accused of having "low energy" - except on Twitter.