Sanders Slams Planned Parenthood...For Being Part of The Establishment 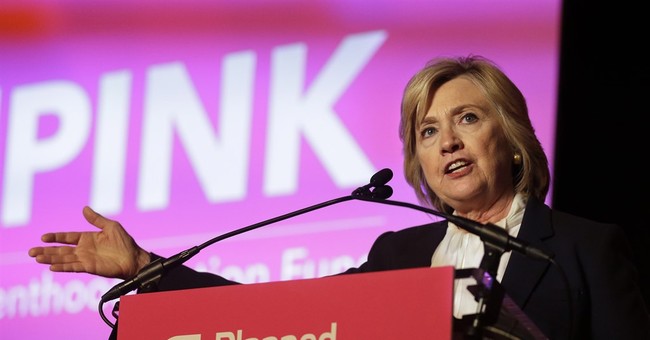 Democratic presidential candidate Bernie Sanders is attacking Planned Parenthood - but not for the reason it deserves. The liberal senator from Vermont overlooked the organization's inhumane abortion agenda to criticize it for being part of the "establishment" after it chose to endorse his opponent Hillary Clinton. Here’s what Sanders had to say about Clinton’s cozy relationship with Planned Parenthood during a conversation with MSNBC’s Rachel Maddow:

"And so I have friends and supporters in the Human Rights Fund, in Planned Parenthood," Sanders continued. "But you know what, Hillary Clinton has been around there for a very, very long time and some of these groups are, in fact, part of the establishment."

Both Clinton and Planned Parenthood responded to Sanders on Twitter:

Really Senator Sanders? How can you say that groups like @PPact and @HRC are part of the "establishment" you're taking on? -H

We respect @SenSanders. Disappointed to be called "establishment" as we fight like hell to protect women's health. https://t.co/kiimTsVw2x

Statistics, however, are enough to convince anyone that Planned Parenthood is “fighting like hell” to protect their financial interests – women’s health be damned. Their 2014 annual report revealed that the organization performed over 327,000 abortions. The year before that, Planned Parenthood performed 149 abortions for every adoption referral. Lesson learned: Although abortion ends the life of a child and puts a mother’s physical and mental health at risk, it generates some serious dollars. I think this is one group Sanders should be glad looked the other way.

While Sanders may be frustrated to see Clinton earn endorsements from every direction, he isn’t exactly short on support. Last week, for instance, he earned the backing of the progressive group MoveOn.org.

Meanwhile, he is running far away with New Hampshire.