Mother of Cop Murdered By Illegal Immigrant: Is Hillary Running for President of Mexico? 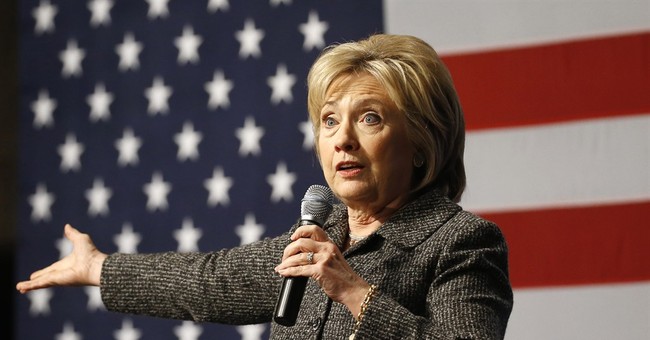 Two years ago, Arizona Police Sgt. Brandon Mendoza was killed by an illegal immigrant who was driving drunk on the highway. In response to this tragedy, Mendoza’s mother, Mary Ann, wrote a letter to President Obama pleading with him to strengthen our nation’s immigration laws.

"I am furious that the Federal Government allowed this criminal to stay in this country and KILL my son!”

"I am going to have my voice heard and I want to you to know what my personal feeling is on whether CRIMINAL ILLEGAL IMMIGRANTS should be allowed in this country. I have been DIRECTLY affected by this. I am sure if your life had been affected like mine has been, you would have a different view of this situation.”

At the very least, she insisted, our government should not allow illegal immigrants to purchase vehicles and register them to drive without having driver’s licenses.

Is that too much for a grieving mother to ask?

Mendoza’s pain was agitated yet again when she heard Democratic presidential candidate Hillary Clinton promise this week to never again utter the phrase “illegal immigrant.” The mother sounded off Wednesday morning on “Fox and Friends,” wondering for which country Clinton is running to be president?

"Is she running for Pres. of Mexico or the U.S.?" Mother of cop killed by illegal immigrant criticizes Hillary https://t.co/dUJnJhUwSU

“Is she running for president of Mexico or the United States?” Mendoza asked. “When are these politicians going to realize the American people deserve respect and protection?”

Shame on our politicians for placing politics above Americans’ safety.

Rep. Tom Marino (R-PA) echoes Mrs. Mendoza’s sentiments. In an interview with Townhall Tuesday, the congressman demanded to know why the president did not invite Kate Steinle’s family to his State of the Union speech. Steinle was killed by an illegal immigrant this past summer who was living in the sanctuary city of San Francisco.

When will this administration, and other politicians vying for higher office, treat illegal immigration as the serious issue it is?