The Liberal Media’s War on a Film About the Cosmos 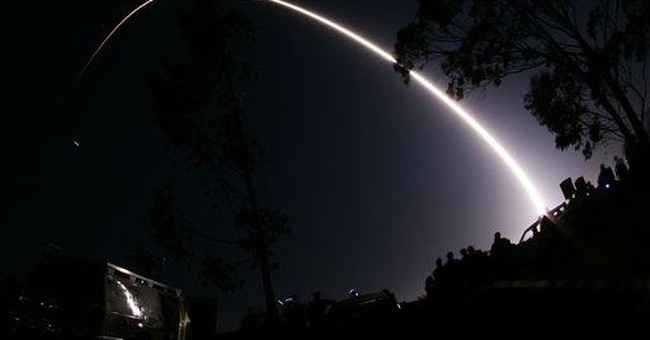 “The greatest power in the world is to tell the creation story,” said writer and producer Rick Delano. Yet, it is this same story the liberal media is trying to silence. ‘The Principle,’ Delano’s latest film project, challenges the Copernican principle, the notion that humans are just an insignificant speck in the universe. Interviews with cosmologists, in depth studies and surveys will leave viewers wondering whether we are indeed a unique species. Yet, it seems this is exactly what liberal academics and the mainstream media don’t want.

“There’s no question at all that this film clearly threatens some very powerful people,” Delano told Townhall. “When I made this film, one of the things that became really apparent to me was, when you really look at the history of modern civilization, it really begins with Copernicus. The idea that we’re not the center. It’s such a powerful change in the way we view ourselves. Of course it had tremendous implications in terms of the relative power of the church versus the academy. It is this change that really brings the modern world into existence…If we construct a worldview based on the fact that we are the center of creation, and that the entire reason and existence of this universe is us, you’re going to have a certain kind of civilization that flows from that assumption.”

Some specific ways the media targeted the film was by contacting the cast and other people involved in the production and convincing them they had been tricked.

“First of all, the actual media assault was the result of an attempt to call these guys up out of the clear blue and say, ‘Hey, do you know you just got duped into making a movie with a bunch of crazed geocentrists who made you sound like you believe in geocentrism?’ If you put yourself in the position of these guys getting these calls, it would be highly embarrassing for them.”

Despite the media firestorm, a conservative grassroots effort has been building to get the film to as many theaters as possible.

“That was nothing other than our determination not to allow the film to be buried,” Delano explained. “It’s been an incredible experience. We were able to secure a passionate base of supporters who were willing to go out there and find an audience for us.”

They chose areas where they had the most support and launched a limited release. So far, the film has arrived in ten cities and has been met with a positive reception.

“The overwhelming response we’ve received from people who have actually seen the film is tremendous,” he said. “We have been absolutely vitiated in the mainstream media and it’s clear that’s never going to change. It’s sort of like a culture war. But, so many of the people who have reviewed the film have written amazing reviews of the film. Our entire audience is people who have heard about the film through word of mouth or who have come in contact with it through our Facebook page or website and have gone to see it and told their friends, ‘You’ve got to see this.’”

Facing a ruthless media goliath and a lack of resources isn’t stopping ‘The Principle’ team from trying to expand its audience.

‘The Principle’ DVD is set to come out midsummer. You can find more information on the film here.