To Be Continued: LA Senate Race Will Be Decided in Runoff 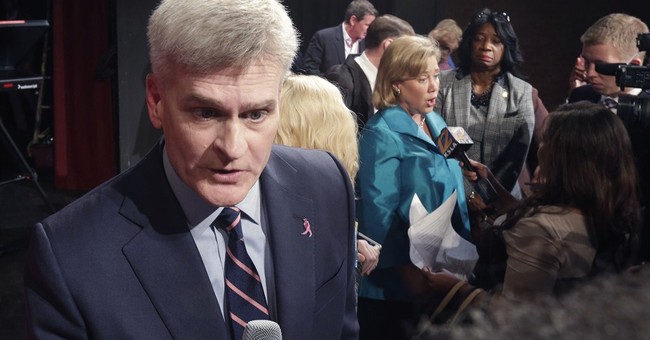 Louisiana’s Senate race has ended with no outright winner and will head to a runoff in December.

Neither Sen. Mary Landrieu (D), nor Republicans Bill Cassidy and Rob Maness earned over 50 percent of the vote.

Although Landrieu is a household name in Louisiana and she has served as senator for almost two decades, President Obama’s unpopularity was a huge demerit for her in a state that has been hammered by his health care law. As for Cassidy’s failure to reach 50 percent, many believe that if Maness had dropped out of the race, those votes would have put Cassidy over the finish line.

Landrieu has had more than a few hiccups along the road to today’s election. She had to pay back thousands of dollars to constituents for using her Senate office to fund flights to fundraisers, she said Louisiana was full of racists and sexists, and there was that small revelation that she doesn’t even own a home in Louisiana, just to list a few. It will be a hard task to make Louisianans forget about those gaffes when they head to the polls one more time.

Stay with us until December and keep your eyes on the Pelican State!