Uh Oh: Mary Landrieu Doesn't Own a Home in Louisiana 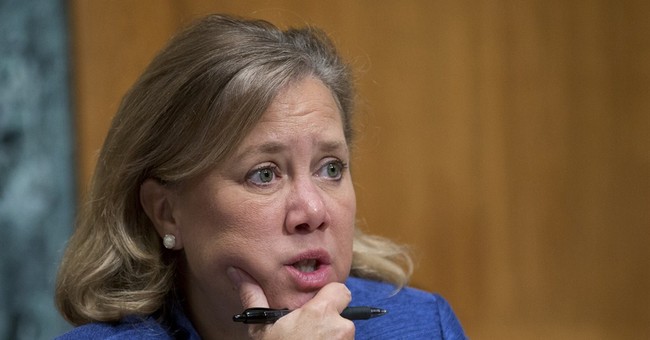 This is…not what embattled "Louisiana" Democrat Sen. Mary Landrieu wanted to read in the Washington Post -- which, as it turns out, is her hometown paper:


In Washington, Sen. Mary Landrieu lives in a stately, $2.5 million brick manse she and her husband built on Capitol Hill. Here in Louisiana, however, the Democrat does not have a home of her own. She is registered to vote at a large bungalow in New Orleans that her parents have lived in for many decades, according to a Washington Post review of Landrieu’s federal financial disclosures and local property and voting records. On a statement of candidacy Landrieu filed with the Federal Election Commission in January, she listed her Capitol Hill home as her address. But when qualifying for the ballot in Louisiana last week, she listed the family’s raised-basement home here on South Prieur Street. The New Orleans house, which Landrieu claims as her primary residence, is a new flash point in one of the most closely contested Senate races in the country. Republicans are considering taking legal action to question Landrieu’s residency in the state, arguing that since winning her seat in 1996 she has become a creature of Washington. For Landrieu, there are hazardous parallels to other recent cases in which residency questions have dogged incumbents. Former senator Richard Lugar (R-Ind.) lost reelection in 2012 after reports that he stayed in hotels when he returned to Indiana, while Sen. Pat Roberts (R-Kan.) is drawing flack this year for not having a home of his own in Kansas and listing a donor’s house as his voting address.


Lugar was dumped by primary voters last cycle (before the GOP frittered away the seat he vacated), and Roberts is only leading by high single digits in the ruby red state of Kansas.  Landrieu is one of the most endangered Senate Democrats in the country, representing a state -- from afar -- that Barack Obama lost by 17 points in 2012.  Landrieu has gone 'full Beltway.'  She lives in her multimillion-dollar DC mansion (remember this tax-related flap?), not in the state she ostensibly serves.  The Senator claims that she lives at her parents' house when she's in town, but neighbors, including some of her supporters, aren't so sure:


“I don’t think she lives there,” said Fontaine Wells, 65, pointing at the Landrieu home. “She might come visit, but come on now — she lives in D.C. I don’t think I’ve ever seen her.” … Michael Fitzgerald, 61, has lived around the corner from the Landrieus for three decades. He said he sees Moon and Verna Landrieu regularly, as well as Mitch Landrieu, Mary’s younger brother and the city’s current mayor, who lives in a home he owns nearby.  “On Election Day, [Mary] is seen at our polling place accompanying her parents.” He added, “I have not seen her lately... She’s been in the Senate for — I’ve lost count — 16 years? 18 years?”

Landrieu votes with Barack Obama 97 percent of the time, according to Congressional Quarterly.  The president and his signature legislative item, Obamacare, are hugely unpopular in Louisiana.  Landrieu cast the deciding vote for that law, attacking critics for "lying" about its now-evident effects.  At the time, she pledged to take '100 percent' responsibility for Obamacare's outcomes.  Like these ones.  Whether or not the incumbent Senator faces any serious eligibility issues remains to be seen, but the optics are bad.  The "out of touch" attacks will only intensify, especially in light of the recent revelation that Landrieu inappropriately used taxpayer dollars to fund private jet trips for campaign events.  To that end, I'll leave you with this clever bit of in-person trolling from a Republican group last week: