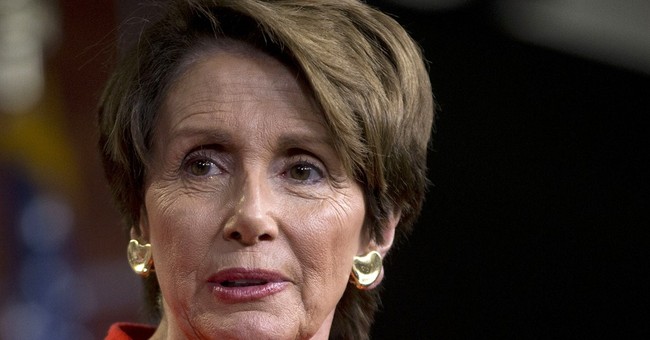 Planned Parenthood founder Margaret Sanger was a champion of eugenics – the inhumane practice of “improving the quality of the human species by discouraging the reproduction of persons with undesirable traits.” In other words, she was a fitting founder of the organization that performs the most abortions in the country.

Also fitting, is that The Margaret Sanger award this year is being awarded to none other than Minority Leader Nancy Pelosi (D-CA), who has referred to abortion as “sacred ground.”

“Margaret Sanger, founder of Planned Parenthood, sought the elimination of ”human weeds” and those “unfit” to “breed,” including African Americans and the disabled. Those who receive Planned Parenthood’s highest award, which bears her name, out themselves as foot soldiers in the same unjust and violent movement. They march with an industry that piles up profits from the difficult circumstances some women find themselves in, and by destroying innocent human beings.

Nancy Pelosi is really receiving the “Eugenics Award” – the Margaret Sanger Award is a euphemism for exactly this. And the reality behind the euphemism of “abortion”–not a sterile medical procedure but a violent act that kills a newly forming human being–is no less horrific.”

Rose isn’t the only one who understands and recognizes just what this prize means. Pro-life social media users collaborated on Twitter today to condemn The Margaret Sanger award with a #Sanger “Tweet Fest.” Some tweeted Sanger’s disturbing quotes:

And others suggested different candidates for the notorious title:

RT @Just_a_Texan: @WendyDavisTexas Pelosi STOLE that #sanger award from U. Everyone knows you deserved it more.

Pelosi is accepting the Margaret Sanger award tonight at Planned Parenthood’s annual gala. She can keep it. I wouldn’t want anything with a radical eugenicist’s name on it.