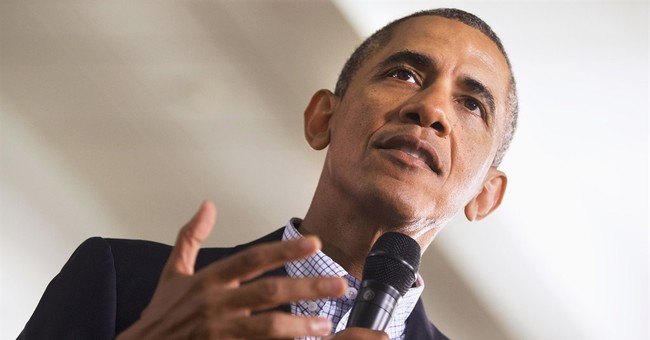 This weekend in Washington, DC, thousands will march to recognize the 50th anniversary of the March on Washington. Just prior to that historic celebration, President Obama touched on the issue of race today at a town hall meeting in New York at Binghamton University. Responding to a question about educational opportunities for minorities, Obama acknowledged the progress America has made in race since Martin Luther King, Jr.'s momentous 'I Have a Dream' speech on August 28, 1963.

Yet, the president insisted,

"Institutional barriers for success for some groups still exist."

It’s all fine and good that the president can acknowledge the leaps our country has made in overcoming prejudice, but he seems to back track with this latter claim. Additionally, he contradicts his message of racial progress when making such comments as, “If I had a son, he’d look like Trayvon.” While he manages to identify himself with the tragically deceased teen and suggests his death was directed by racial prejudice, he fails to comment or identify with the horrifying murders of Chris Lane or WWII veteran Delbert Belton.

It’s unfortunate that so many prominent figures are still claiming America is tainted with racism, such as “The Butler” director Lee Daniels, and the ever charming Chris Matthews.

Hopefully this week’s March on Washington festivities will be a celebration of our racial progress, instead of a condemnation of our past.

Joe Manchin Has a Message for 'Self-Declared Independent Socialist' Bernie Sanders
Townhall
Bernie Sanders called out Joe Manchin over the $3.5 trillion reconciliation bill. It did not end well for the elderly Vermont socialist
Twitchy
The Democrat Civil War Just Blew up — Again
Redstate
As Joe Biden Drowns, Some Pollsters Are Trying to Pull Him Up
PJ Media