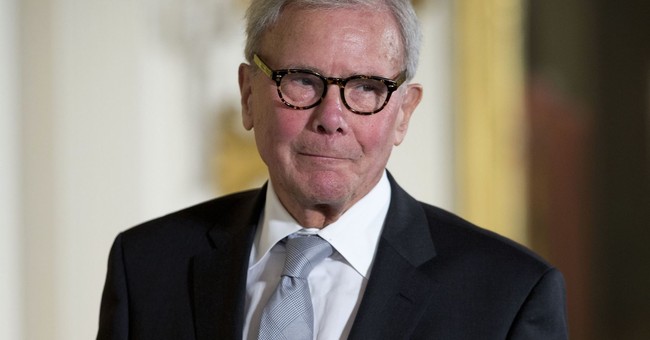 NBC's Tom Brokaw has been forced to apologize for comments made during his "Meet the Press" segment this past Sunday morning. During a panel discussion about the fight for a border wall, the veteran reporter let slip this quote:

"I also happen to believe that the Hispanics should work harder at assimilation. That’s one of the things I’ve been saying for a long time. You know, they ought not to be just codified in their communities but make sure that all their kids are learning to speak English, and that they feel comfortable in the communities. And that’s going to take outreach on both sides, frankly."

Shortly after this, Brokaw was attacked on Twitter by various public figures.

.@tombrokaw, my mom worked harder at learning English than most teens in their HS "foreign language" class. I'm fluent in Spanish & English, majored in French & studied Portuguese. Maybe the US should try harder to assimilate into global society. #ImmigrationIsTheFuture Join us! https://t.co/oY9zoNFS71

Tom Brokaw: "The Hispanics should be working harder on assimilation. They should be making sure their children learn English."

Meanwhile, many of the white people in America can barely speak english, read, or write.pic.twitter.com/EWQPbw6Xgm

You know what was missing from these disappointing comments by @TomBrokaw? We all need to work on meeting each other halfway, learning to live together harmoniously, loving one another and weaving our beautiful American tapestry. Por eso estoy aprendiendo español! #EPluribusUnum https://t.co/SlnLUz17mU

After considerable lashing from several other prominent Twitter users, Brokaw issued an apology. "i am sorry, truly sorry, my comments were offensive to many," he said via Twitter. "the great enduring american tradition of diversity is to be celebrated and cherished. yamiche, thank u for your comments. let’s go forward together."

However, this apology doesn't seem to be enough for some. The National Association for Hispanic Journalists issued a response to Brokaw's comments:

"Today, The National Association of Hispanic Journalists (NAHJ) reprehend both the commentary and apology by journalist, Tom Brokaw, as well as the lack of response by NBC News to the inaccurate representation of Hispanics’ need to “assimilate”, comments by Brokaw on the Meet the Press segment with Chuck Todd."

It's unclear whether more action, official or otherwise, will be taken by or against Brokaw.