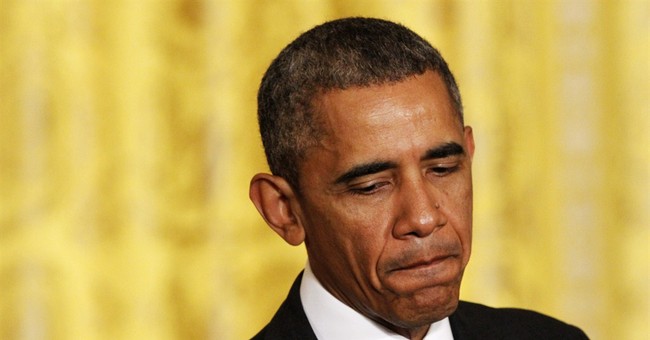 Voters in three key swing states that President Obama won twice not only widely disapprove of Obama's job as president, but they give him no credit for the improving economy and overwhelmingly want to "change direction" from Obama's policies.

"By margins of 24 points or higher, voters say they want the next president to change direction and not follow President Obama's policies," Quinnipiac Poll assistant director Peter Brown said in a release.

The Quinnipiac University poll of registered voters in Colorado, Iowa, and Virginia was conducted from February 5th through the 15th and was released Thursday.

"One reason for this seems to be that while voters in all three states say their state economy is excellent or good, and many say their personal financial situation is improving, more think Obama's policies have hurt rather than helped the economy," Brown added.

Voters in all three states have every reason to believe Obama's policies have hindered, not helped, the recovery. Falling gas prices have been a key component of recent economic growth and Obama did everything in his power to raise gas prices, not lower them. Obama's bailout of Wall Street banks came at the expense of millions of homeowners who found it harder to get out of debt and a recent study found that Obama's unemployment insurance extension cost the economy 1.8 million jobs.

Other results from the poll include: