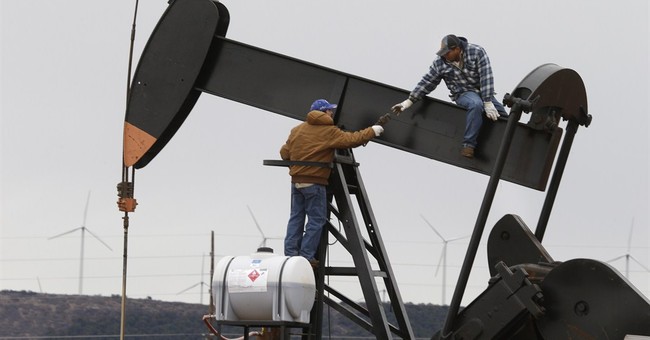 In his State of the Union address Tuesday, President Obama claimed that thanks to his administration's policies, "we are as free from the grip of foreign oil as we've been in almost 30 years "

While the United States is the world's biggest producer of oil and gas, the American people have accomplished this feat despite Obama's policies, not because of them.

None of these gains in domestic oil and gas production would have occurred if Obama had been able to pass the carbon cap and trade plan he pushed in 2009, the stated goal of which was to decrease oil and gas consumption by driving up the cost of producing it.

Only because Republicans stayed unified, and rejected Obama's cap and trade carbon tax, was the shale oil and natural gas boom able to produce the astounding results we are all enjoying today.