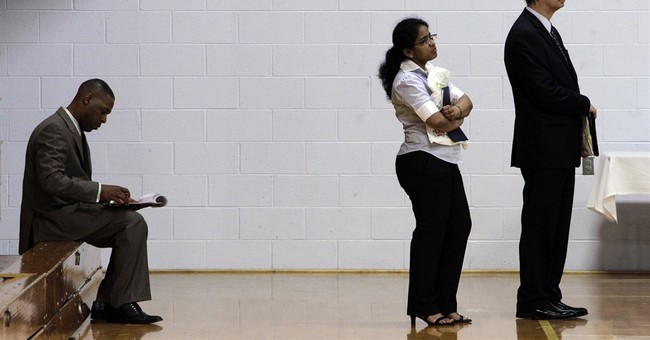 But at the end of 2013 House Republicans finally stopped funding the extensions and all states reverted to the normal 26 week time limit.

Marcus Hagedorn of the University of Oslo, Iourii Manovskii of the University of Pennsylvania, and Kurt Mitman of the Institute for International Economic Studies did such a study and they found that instead of destroying 240,000 jobs, which is what Obama's top economists predicted, the end of Obama's unemployment insurance polices actually created 1.8 million jobs.

"Almost one million of these jobs were filled by workers from out of the labor force who would nothave participated in the labor market had benet extensions been reauthorized," the study's abstract explains.

An earlier study by the same authors found Obama's unemployment insurance policies raised the unemployment rate by 3.6 percentage points during the recent recession.