Obama Beats Republicans At Their Own Tax Credit Game 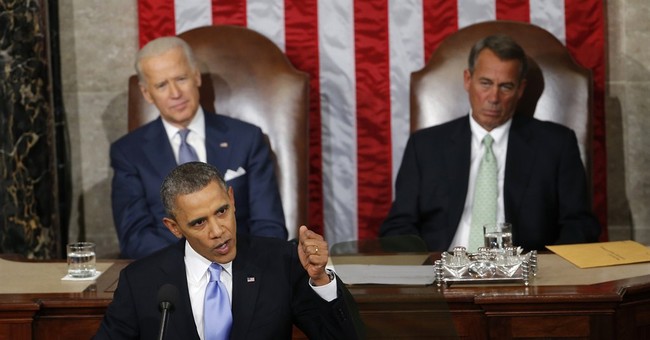 Stealing a page from the Republican playbook, President Obama will offer select middle-class families $175 billion in tax credits during his State of the Union address Tuesday night.

Of course, Obama also plans to pay for these tax credits, and a slew of other spending programs, with over $300 billion in tax hikes on wealthier Americans, including a capital gains tax hike and a boost in estate tax revenue.

Obama's plan will most likely be welcomed by the American people, 64 percent of whom already believe that federal government polices do currently favor the wealthy, and another 52 percent who favor "heavy taxes on the rich" to "redistribute wealth."

Some conservatives, like the National Review, rightly point out that Obama's tax credit plan is a not-so thinly veiled attack on the traditional American family. By offering new tax credits only to "two earner" families, and then also expanding child care tax credits, Obama is purposefully choosing to tax mothers outside the labor force more. Middle-class families with moms who work part-time and provide their own child care, are not worthy of tax breaks in Obama's eyes.

But these are the type of choices the federal government must make when both parties, Republicans and Democrats, choose to redistribute wealth through tax credit programs. And the EITC is a particularly flawed program to use to spread the wealth. Almost a quarter of EITC payments, more than $14 billion a year are made improperly. It is one of the most waste and fraud ridden programs run by the federal government. Why any conservative would include an expansion of the EITC in any economic proposal is a mystery.

"Our tax credit plan redistributes wealth better than yours" is not a winning conservative message.

Instead of using the tax code as a tool for social engineering, conservatives should be looking to end as many tax credit programs as popular, most of which do primarily benefit wealthy Americans. Conservatives could then take the revenue from ending those tax credit/spending programs and use it to cut the payroll tax. Cutting the payroll tax would put more money into every paycheck of every working American.