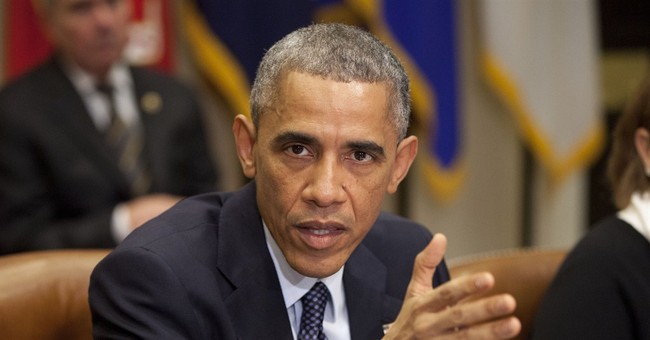 Almost half of Americans, 48 percent, disapprove of President Obama's decision to grant executive amnesty to an unknown number of illegal immigrants, according to a new NBC News poll, while just 38 percent support the idea.

The full poll will not be released until tonight, and Obama will not announce the specifics of his amnesty plan tomorrow, but NBC News has shared the wording of their executive action question with Townhall:

There are a number of problems with this question:

2. That first sentence completely primes the respondent into thinking Obama's executive action is perfectly normal. After all, the question asserts as fact that "a president ... can put some regulations into effect that do not require Congressional approval." No mention is made of whether the presidential action is actually supported by Congressional statute. And Obama's executive amnesty is absolutely not supported by statute. Obama is citing his executive "prosecutorial discretion" power as the legal basis for this amnesty. Congress has never empowered the president to unilaterally choose which groups of illegal immigrants he will enforce the law on, and which groups he will give amnesty to.

3. Since Obama's executive action is based on inherent presidential power and not Congressional statute, there is no law Congress could pass "to take its place."

Here is how a question on Obama's immigration action should be worded:

"President Obama has unilaterally created a new executive immigration program without any input from Congress. The program gives work permits and Social Security numbers to many illegal immigrants and requires most states to give them driver's licenses too. Do you support or oppose this new program?"

That would be a fair question. Hopefully other news organizations will hit closer to the truth.