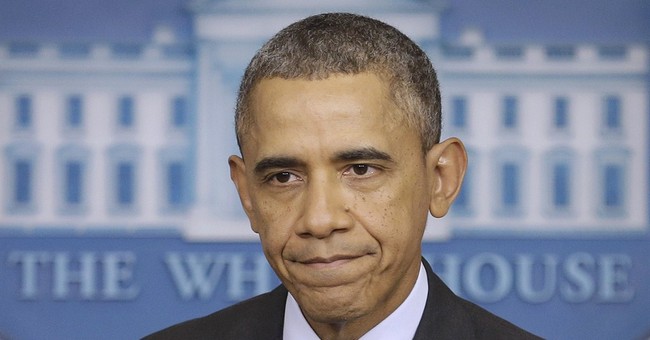 From President Obama's unilateral re-write of education law, to his many Obamacare delays, a growing chorus of conservatives, and recently even some liberals, have been decrying Obama's abuse of executive power.

Up until now, most of Obama's liberal allies have either stayed silent or supported these actions. But now that it is becoming increasingly clear that Obama will get nothing done in Congress, these same liberal allies are asking Obama to abuse his executive power even further.

Take BuzzFeed's Jacob Fischler has a story out today on union frustration over Obamacare. “It’s clear they have chosen not to use what I believe is the same administrative authority and executive authority to address some of the issues that we have been pointing out that they have found basis to use for other areas,” International Association of Fire Fighters General President Harold Schaitberger told Fischler.

In other words, if Obama can delay the employer mandate, refuse to enforce minimum health insurance requirements, and functionally repeal the individual mandate entirely, then why can't they fix labor's Obamacare Cadillac Tax problem too?

Obama is facing the exact same dilemma on immigration. After failing to pass amnesty legislation in his first year in office, as promised, he did manage to regain Latino support in June 2012 by unilaterally creating a limited mini-amnesty (the Deferred Action for Childhood Arrivals program) without Congress.

At the time, conservatives warned that if Obama could get away with rewriting immigration policy through "enforcement discretion" as he did with DACA, then there was nothing stopping him from unilaterally enacting a much broader amnesty program.

“There has been a shift within the Hispanic media,” Jorge Ramos, the influential Univision anchor who has been called the “Walter Cronkite of Hispanic media,” told me. “If you read the editorial pages in the most important Spanish language newspapers, you notice immediately how the conversation has changed from attacking Republicans to attacking Obama.”
...
Ramos insisted there are some categories — parents and siblings of DREAMers, and parents of Latinos born here — that could legally benefit from presidential action. But whatever the legality of this, Latino media are increasingly convinced Obama can do this. “We are seeing more and more reporting in Spanish language media that Obama has the power to stop deportations,” Ramos said.

And the Spanish language media is 100 percent correct. If DACA is legal, then it should also be legal for Obama to end almost all deportations. The executive authority Obama claimed when justifying DACA simply has no limiting principle.

Obama's unilateral legislating is coming back to haunt him. Obama desperately needs Latinos and union members to show up at the polls this November, but the only way Obama can make them happy is by further shredding the Constitution's separation of powers doctrine.

But if he does that, he will only further motivate the Republican base and turn off moderate voters.

Which path will Obama choose? Will he turn to Congress to work on the legislative fixes he needs? Or will he continue to legislate from the White House?

Considering his recent personnel choices, the question answers itself.