No, The Heritage Foundation Is Not Shifting On Immigration 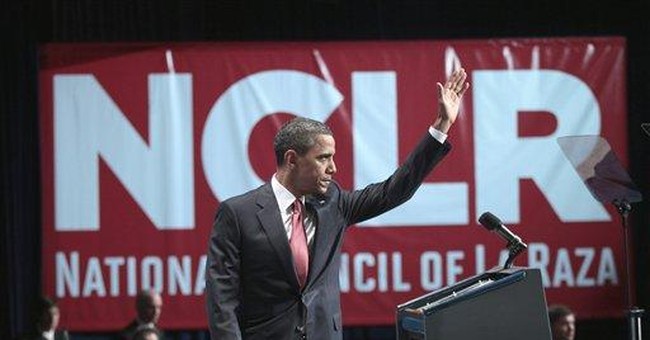 Ever since The Heritage Foundation announced it was hiring Stephen Moore to be the think tank's chief economist, there have been rumblings on the left hoping that the new hire signaled a coming policy change on immigration.

Outsider observers in the conservative sphere were emphatic: Moore's hiring could be a turning point for Heritage, both in general and particularly on immigration, this Congress's best shot -- however remote -- to leave a meaningful legislative mark.

Alex Nowrasteh, immigration policy analyst at the Cato Institute, the libertarian think tank, who has called the Senate-passed immigration bill "a solid improvement over the current immigration system," told TPM that Moore's presence "bodes very well for an ideological policy shift" at Heritage. He compared the move to House Speaker John Boehner hiring the top immigration analyst at the Bipartisan Policy Center to his staff in December, which reform advocates also viewed as a potential turning of the tide on the issue.

"It absolutely portends a change over there at the Heritage Foundation," he said. "Talk in D.C. is very cheap, but when people start shifting their staffs that shows they're aligning with a different position, that actually means something."

Contra TPM, amnesty activists should not get their hopes up.

Moore's hiring in no way portends a shift in Heritage's immigration position. Reached for comment, one Heritage staffer said, "This is nothing more than liberal daydreaming. Research has shown that amnesty is costly, unfair, and won’t solve our immigration problems. Heritage has always advocated for pro-growth immigration reform that improves our legal system and helps the millions waiting in line to come to the U.S. lawfully."

And it is true. Heritage has always been for pro-growth immigration reform. Here, for example, is a 2008 paper calling for more H-1B visas on the grounds they will lead to more jobs and faster economic growth.

What Heritage is against today, and will be against tomorrow, is holding common sense immigration reform, that everyone agrees on, hostage in exchange for amnesty for those who are currently in the country illegally.

As vice president for domestic and economic policy Derrick Morgan explained in the National Interest yesterday:

The American people do not trust government to fix the problem while granting amnesty for good reason. Passage of the 1986 amnesty was predicated on it being a one-time event. Promises of workplace enforcement and border security were not adequately kept: we now have some 11 million unlawful immigrants in the United States. ... Pushing forward an unpopular amnesty policy is misguided. Any public relations reason for doing so has no currency outside the beltway: only three percent of Americans think immigration is the top priority. The President’s insistence on amnesty could sabotage a chance to reform our legal immigration system, enhance enforcement, and secure the border. As explained elsewhere, a workable step-by-step plan would address areas of common agreement first, and leave the most difficult questions for another time.