Why Liberals Will Abandon Obamacare Long Before Conservatives Accept It 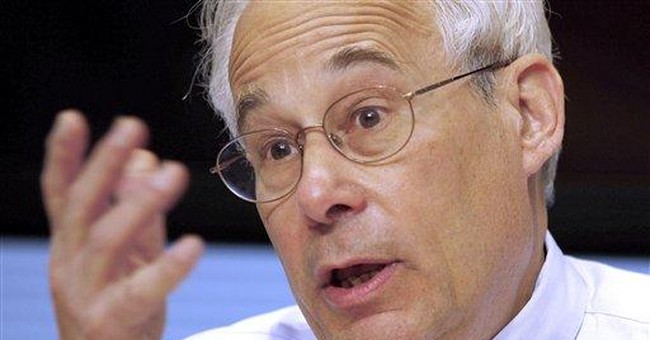 Republicans, some liberal commentators are arguing, are on the verge of abandoning their pathological opposition to Obamcare, and begin accepting President Obama's signature domestic accomplishment. One of Obamacare's premiere cheerleaders, Greg Sargent, makes such an argument at The Washington Post:

Now that Obamacare is clearly moving forward, Republicans are adjusting to a new reality: it may no longer be a realistic option to simply wait until the law collapses under its own weight and vanishes entirely. GOP lawmakers are increasingly discussing a range of responses, from proposing profound changes to finally embracing a comprehensive alternative.

Which raises a question: Is it possible to envision a future in which Republicans and Democrats do enter into real negotiations over the future of the law and the health system, in which each side gets some changes it wants, in exchange for accepting some of the other’s proposed changes?

Yes, it is. But to get there, Republicans will first have to pass through what might be called the Three Stages of Obamacare Acceptance.

Unfortunately, Sargent immediately undermines his entire case by citing Sen. Ron Johnson (R-WI) as a Republican in "Stage Two of Obamacare Acceptance." But, as Sargent himself later admits, the actual policy "fix" that Johnson has offered for Obamacare, repealing the individual mandate, would, in Sargent's own words, "fatally undermine the law."

The reality is that conservatives are more committed to dismantling Obamacare today than they ever have been.

No, repeal is not possible as long as Obama is president.

But Republicans are already pushing smaller, more populist, measures that mitigate some of the worst of Obamacare's pains while also hastening the law's inevitable demise. Johnson's push to repeal the individual mandate, mentioned above, is just one example. Sen. Marco Rubio's (R-FL) bill to end Obamacare's insurance industry bailout is another.

And, yes, Obamacare's death is inevitable. The only question is, who will be the one to kill it, the left, or the right? Think that's an overstatement? Here is Michael Moore in this weekend's New York Times:

Obama and Moore are not the only ones who believe Obamacare's corporatist model is fatally flawed. Senate Majority Leader Harry Reid (D-NV) recently admitted that Obamacare was just a step toward a single-payer system.

However, as long as Obama is the head of the Democratic Party, partisan Democrats like Sargent, Jonathan Chait, Jonathan Cohn, and Brian Beutler will all continue to carry water for Obamacare.

But as Obama begins to fade from the political stage, and he already is fading, liberals will find themselves less and less emotionally invested in Obamacare's success. Instead, they will want to push forward towards what was always their end policy goal to begin with: single-payer.

We already see this happening in Massachusetts where all of Obamneycare's cost containment claims have been exposed as complete frauds. Yes, almost everyone in Massachusetts does have health insurance, but the state simply can't afford it. Don't believe me? Just ask Obamacare architect Donald Berwick who is running for governor. His website explains:

Berwick's solution? "It is time to explore seriously the possibility of a single payer system in Massachusetts," Berwick writes.

And that is where the only common ground will ever be on health care policy in Washington: allowing states to choose their own health care futures. If California, Massachusetts, and New York want to become single-payer health care systems, fine, let's reform Medicare, Medicaid, and Obamacare to let them do that.

But, if Indiana wants to provide their citizens more freedom, and use federal dollars to set up health savings accounts for the uninsured, then Medicare, Medicaid, and Obamacare ought to be reformed to let them do that, too.