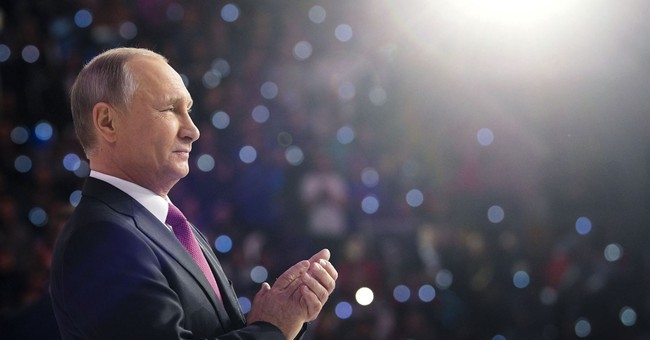 Russian President Vladimir Putin says he will seek yet another six-year term in 2018. If elected, this will be his fourth term as president, a new record.

The Russian constitution prohibits someone from serving as president for more than two terms, but does not say that a person is limited to only serving for two terms. Putin previously served as Russian president from 2000 until 2008, before being replaced by Dmitry Medvedev from 2008 until 2012. During Medvedev's term, Putin was the prime minister of Russia. During Medvedev's term, the length of the presidential term was upped from four years to six years.

In 2012, when Putin last ran, he was elected with 63 percent of the vote in a four-way election, easily defeating the other three candidates. Many are already sarcastically reporting that Putin has been reelected.

Headline in 30 minutes "Putin wins election by a landslide" https://t.co/Z9l4xRaNmM

I fixed it for you. pic.twitter.com/CO55ZIlv2I