Oregon Senator: I 'Expect' Franken Will Resign on Thursday 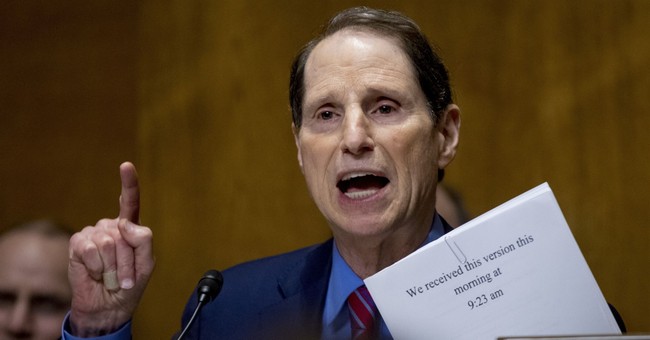 Sen. Ron Wyden (D-OR), joining the growing chorus of his Senate colleagues in calling for embattled Sen. Al Franken (D-MN) to resign, went one step forward than everyone else. Wyden said that he believes Franken will resign during his "announcement" on Thursday.

In a statement on Twitter, Wyden said that he expects Franken to step down, and that this is the "right thing to do" in light of the allegations of his misbehavior.

I expect that Senator Franken will announce his resignation tomorrow. It is the right thing to do given this series of serious allegations.

Seven women have come forward in recent weeks to accuse Franken of sexual misconduct over the last decade. The most recent was on Wednesday morning, when a woman said that Franken tried to kiss her, and justified his behavior by saying he was an entertainer.

Since this story surfaced, 22 Senate Democrats have said that Franken should step down, as well as DNC Chairman Tom Perez.

Franken's office announced shortly after the first wave of calls to resign that he will make an "announcement" on Thursday. His office did not elaborate as to what would be announced and said that additional details will be released in the future.

Senator Franken will be making an announcement tomorrow. More details to come.