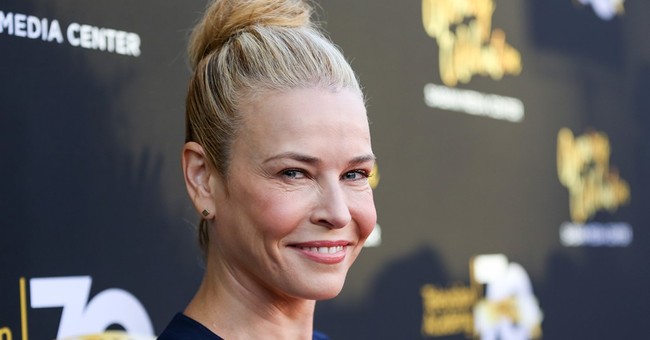 Chelsea Handler has apologized to Juanita Broaddrick, the woman who says Bill Clinton raped her in a hotel room in 1978. Over the weekend, Handler tweeted that electing Roy Moore to the Senate would send a bad message to survivors of sexual abuse, and asked people to imagine how horrible they must feel.

Broaddrick said that she didn't have to imagine, as she actually lived through the man she said attacked her being elected president.

In my earlier post, I said Handler probably wouldn't respond to Broaddrick's tweet. I'm happy to report that I was wrong, and it turns out Handler believes her story. Handler said that she apologized for not fully knowing her story, and called on all political parties to "do better" and to "respect the firsthand accounts of victims."

I’m sorry I’m just seeing this, @atensnut. You are right and I apologize to you for not knowing your story. Democrats along with Republicans and the rest of the worlds’s political parties all need to do better and respect the firsthand accounts of victims. I believe you. https://t.co/VDIFmCvg7g

Color me shocked. And she's right--people do need to do better and to respect people who say they were victims of assault.