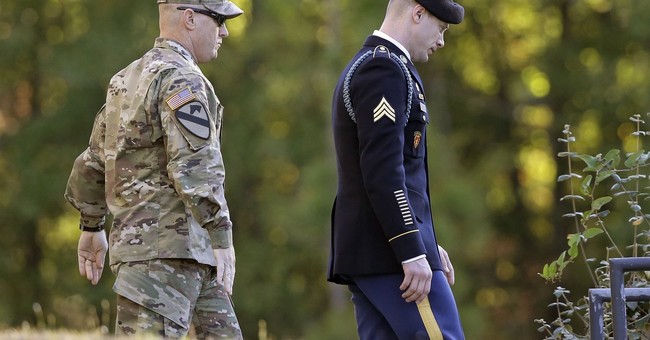 The Army may end up paying Pvt. Bowe Bergdahl about $300,000 in back pay that he earned while as a prisoner of the Taliban for nearly five years. Bergdahl walked off of his base in June of 2009, and was set free as part of a prisoner swap in May of 2014. While Bergdahl's release was initially celebrated, eventually he was charged to desertion and misbehavior before the enemy. He pleaded guilty to both, but received no jail time. Instead, he was demoted from sergeant to private, fined, and received a dishonorable discharge.

Now, the Army is trying to figure out what, if anything, they owe Bergdahl in pay during his time in captivity. Typically, soldiers who are held captive receive extra compensation, but this situation is different given that he pleaded guilty to desertion.

From the Army Times:

From the moment he was captured, Bergdahl became eligible for extra pays available to captive troops.

In total, along with his basic and deployment pay, he could be entitled to more than $300,000.

But the Army has not calculated that pay yet, a G-1 spokesman told Army Times, because the legal proceedings since his homecoming in 2014 have put that in limbo.

“Based upon the results of trial, the Army is reviewing Sgt. Bergdahl’s pay and allowances,” Lt. Col. Randy Taylor told Army Times. “His final pay and allowances will be determined in accordance with DoD policy and Army regulation.”

It's possible that Bergdahl will only receive his base pay that he would have received during his captivity, but the Army could decide that he may not receive anything at all.