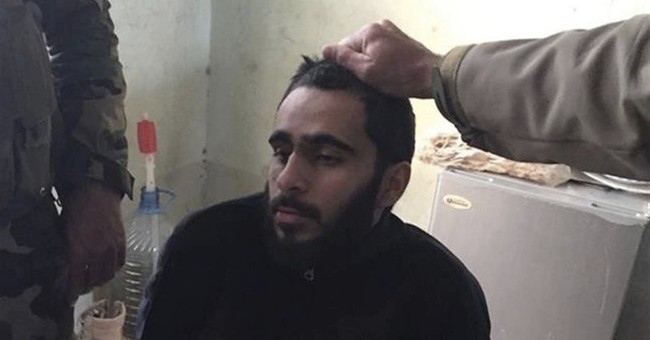 Mohamad Jamal Khweis, a resident of Alexandria, Virginia, was sentenced to 20 years in prison today for supporting ISIS. Khweis joined ISIS in 2015, after reportedly falling in love with a woman in the group. Just under three months later, he turned himself in to Kurdish forces and was eventually returned to the United States, where he was charged with providing support to a terrorist organization.

Khweis was convicted in June and was sentenced on Friday.

DOJ: Mohamad Jamal Khweis, 28, of Alexandria, Virginia, was sentenced today to 20 years in prison for providing support to ISIS

During his time in ISIS, he said that he had committed to becoming a suicide bomber.

"Khweis purposefully traveled overseas with the intent to join ISIS in support of the terrorist group's efforts to conduct operations and execute attacks to further their radical ideology," said Andrew Vale, the assistant director in charge at the FBI's Washington field office. "Khweis recognized that ISIS uses violence in its expansion of its caliphate and he committed to serving as a suicide bomber."

While plenty of Americans have left the country to join ISIS, Khweis is one of relatively few who have been able to come back alive and unscathed.

In an interview in 2016, Khweis said that he "I didn't agree with [ISIS'] ideology," and that life in the terrorist group was relatively boring and consisted of "...prayer, eating, and learning about the religion for about eight hours."