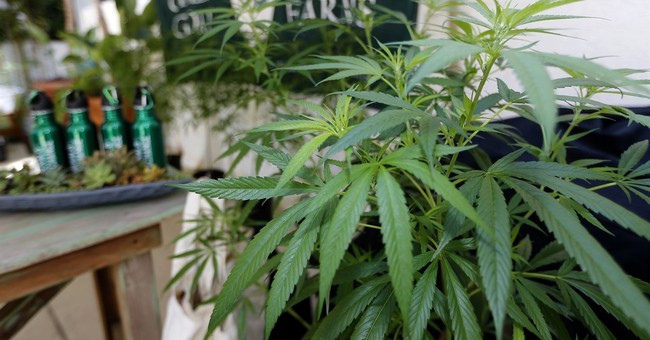 A new Gallup poll shows that a record high percentage of Americans support the legalization of marijuana, including, for the first time, a majority of both Republicans and Democrats. Gallup found that 64 percent--or nearly two out of three people--believe that marijuana should be legal for adults. This total included 51 percent of Republicans, 72 percent of Democrats, and 67 percent of independents.

This is a stark increase since the poll was first conducted in the late 1960s, but especially among Republicans, who now approve of marijuana legalization in higher numbers than ever. Even two decades ago, only a quarter of Americans supported legalization. Ten years ago, fewer than 25 percent of Republicans thought marijuana should be legal. Just last year, only 42 percent of Republicans thought weed should be legal. Democrats have also seen a similar increase in percentage approval of legalization laws, but at a faster pace than Republicans.

The first state to legalize marijuana for recreational purposes was Colorado, which voted to do so in 2012. Marijuana sales did not begin until January 1, 2014. Since Colorado voted for legalization, it has been joined by Alaska, California, Washington, Nevada, Oregon, the District of Columbia, Massachusetts, and Maine. Additionally, most states have legalized some form of marijuana for medicinal purposes.

Vermont nearly passed cannabis legalization through its legislature earlier this year, but the bill was vetoed by Gov. Phil Scott (R). If this had passed, Vermont would have been the first state to legalize marijuana via the legislature, not by a referrendum vote.

Share this on Facebook
Tweet
Will There Be An Ethics Investigation After Eric Swalwell Blew Up at GOP Staffer?
Matt Vespa
Biden Shuts Down Trump's Plan for 'National Garden of American Heroes' To Feature Kobe Bryant, FDR, MLK Jr.
Landon Mion
Mad Max-ine Waters Abused Air Marshal Protection on Visit to Minnesota Protests: Complaint
Spencer Brown
Gov. DeSantis Doubles Down in Fighting Back Against the CDC