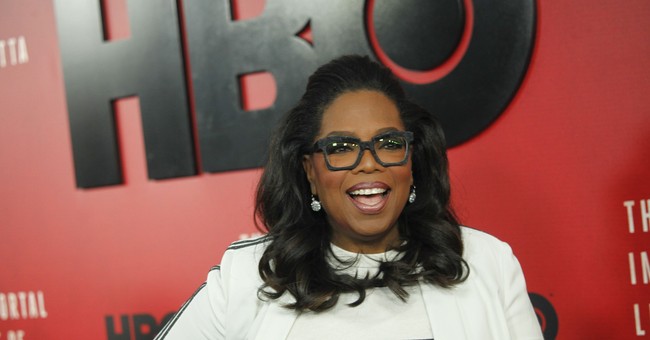 Oprah Winfrey will not be running for president in 2020, she confirmed today on "CBS This Morning." After some substantial prodding from Gayle King asking if she had any VP picks set to go for the 2020 election, Winfrey started laughing before saying King had "lost her mind."

.@GayleKing: Have you narrowed your list of VP candidates for 2020?@Oprah: "She's lost her mind... there will be no running of office" pic.twitter.com/L1yTeAicjk

"There will be no running for office of any kind for me," said Winfrey, laughing. She said she was confused and initially thought of the television show "20/20," and not the upcoming election.

Given the current division in the Democratic Party, however, Winfrey might actually have a fighting chance at the nomination were she to run.  The latest numbers out of the University of New Hampshire show an incredibly split field, with Sen. Bernie Sanders (I-VT), former VP Joe Biden, and Sen. Elizabeth Warren (D-MA) coming in the top three spots with only 31, 24, and 13 percent, respectively.

Brace yourselves: New 2020 numbers out of New Hampshire via UNH -->

So as for now, it looks as though Oprah is out. A shame, really.