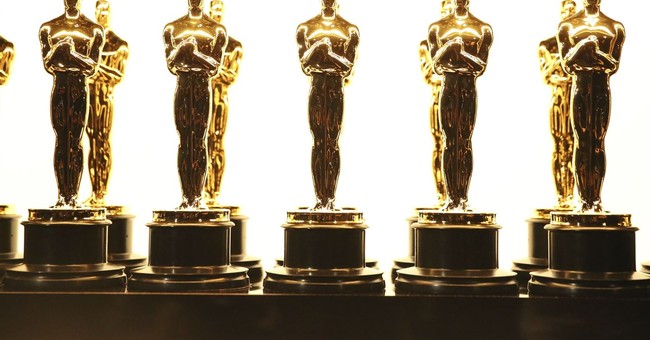 Well here's a rather telling fact about Hollywood, courtesy of CNN's religion editor Daniel Burke. Over the last 20 years, 30 Academy Award winners have explicitly thanked Harvey Weinstein during their speeches. During that same period, a mere seven thanked God.

Since the disgusting allegations came to light, we've learned quite a few disturbing details about how Hollywood had a rather unhealthy relationship with the producer. Namely;

-30 Rock made a joke about him being a pervert rather than actually, you know, doing something about it.

-As did Seth MacFarlane when he hosted the Oscars in 2013.

WATCH: Seth MacFarlane jokes about Harvey Weinstein being a creep at the 2013 Oscar nominations...
All of Hollywood knew about this problem. pic.twitter.com/8USOf82dvF

-Actress Kate Beckinsdale told a story of how Weinstein began harassing her at the age of 17 (and offered her alcohol in a hotel room), and how he would mock her for her refusal to work with him. Beckinsdale said that her and others' concerns about predatory producers were regularly dismissed as "Well, that's just Harvey /Mr X/insert name here."

-Numerous actresses have come forward to say that they were assaulted or harassed by Weinstein, yet said nothing due to very rational fears that doing so would destroy their careers.

The events of the past week have shown that Hollywood is very, very sick, and very bad people have too much power. Perhaps a little more focus on God could help make things less toxic over in tinseltown.