Pence Pledges to Return to the Moon 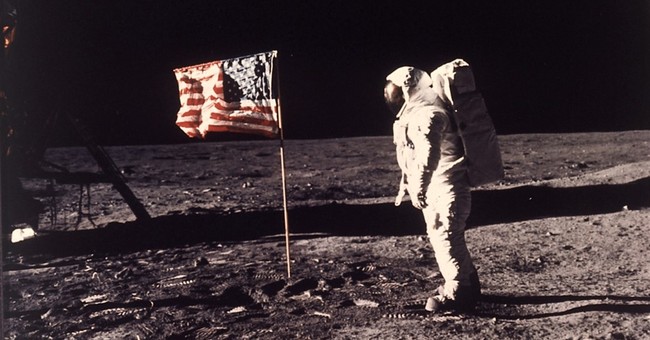 Speaking on Thursday, Vice President Mike Pence said that it is the administration's goal to eventually return American astronauts to the moon to create a moon base of sorts that would facilitate trips to Mars.  Pence also said that there will be a "constant presence" in low-Earth orbit.

The International Space Station is a low-Earth orbit satellite. Currently, there are six people aboard, including three Americans.

We'll return astronauts to the moon to build the foundation we need to send Americans to Mars & beyond #NextFrontier https://t.co/S5gNDUVyCr

Pence tweeted that it is a "great honor" to serve as the National Space Council's chair.

Since the ending of the Space Shuttle program in 2011, the only way to get to the ISS is via Russia's Soyuz spacecrafts, and there has not been a declared replacement for the shuttle fleet. Americans have not been to the moon since December of 1972.

It's certainly interesting to re-focus efforts on space exploration. I'm very curious to see what NASA is able to come up with.